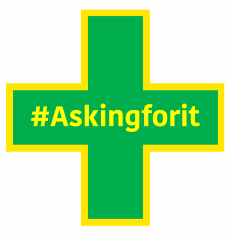 Speak up. Call others. Intervene.
Sexual harassment is what happens when a person’s gaze or behaviour makes someone else uncomfortable.

More than 90% of women and girls experience sexual harassment. Commonly known as “eve-teasing”, sexual harassment is not as minor as the word “teasing” may sound. Unwanted comments and songs, leering and whistling, kissing noises, vulgar gestures, unwanted touching, stalking, flashing, demanding sexual favours, or showing pornography against one’s will all constitute as instances of sexual harassment.

Ever heard someone say “she was asking for it” when they hear of a woman or girl having faced sexual harassment? Believing a survivor is responsible for her own harassment is WRONG. Every woman and girl deserves to go to school safely, to wear what she wants, to move around freely, to travel safely at night, to timely and appropriate response when she is sexually harassed, safe bus stops, streets and schools/colleges. The survivor of sexual harassment is not #Askingforit. All she is asking for is action.

#Askingforit focuses attention on the role of bystanders who have the power to influence the situation. Unfortunately, the majority of bystanders largely ignore instances of sexual harassment. In fact, many think that it is the fault of the girl.

But a girl on her way to school is not asking for it. She is simply going about her day

So, what can you do? Whenever you witness someone being sexually harassed:

By taking a stand, you are making it clear that it is not the survivor’s fault. You’re establishing that she is never #Askingforit. We have the power to end instances of sexual harassment against girls and women. Together let’s create an environment against sexual harassment.

Blogs.
A glimpse at our projects in action.
Kanika Gaba 18th August, 2017 Let me breathe!
Breakthrough Team 22nd May, 2017 Creating An Environment Against Sexual Harassment
Breakthrough Team 16th January, 2017 #AskingForIt- Say Something- When You See Harassment
Allies.
Partners who make our work possible.