What Are The Community Level Barriers For Working Women?.

(Translation) “Women should stay at home and work… they should do the work they’re made for… they should know their place.”

This statement from a local community stakeholder depicts the attitude of communities towards women joining the workforce. Data on the national level also reflects this, showing how such perceptions are deep-rooted in society. It’s no surprise then that the women workforce size has gone down from 30% to 20.7% between 1990 to 2019. A formative study conducted by Breakthrough Trust also shows that there is clearly a stigma attached to the idea of working women and the presence of an overwhelming perception that women should work only if there is economic hardship.

Learning from the Breakthrough project, which was undertaken with 10,000 women in Faridabad, gives us an understanding on how women perceive workplace violence and how household violence spills outside and hinders participation in paid work. This project was implemented in three garment manufacturing companies in the first phase of the project. This intervention has created a change within the management with regards to their interpretation of sexual harassment at workplace. Both supervisors and workers were more likely to report serious cases to formal mechanisms like the police, due to better awareness and sensitization.

However, it was also found that while the support system in the factory regarding grievance redressal and reporting had improved, the support system at the community level needed more work. Therefore, the second phase of the Breakthrough intervention now aims to particularly strengthen the work in a specific geography (Dabua Colony, Faridabad) with a community-led approach, expecting the youth and youth collectives to take up the issue of gender-based violence (GBV) and sexual harassment (SH).

Before initiating the project, a formative assessment has been conducted among the community and stakeholders including duty bearers in Dabua Colony, Faridabad to assess their current level of knowledge, perceptions and attitudes around gender-based violence and sexual harassment. This study highlights the prevailing community norms and practices as described in the later part of this document. These findings are also crucial for designing an intervention to address the community level barriers on women workforce.

Lack of safety in public places is an issue which persists in our everyday lives. Girls highlighted the need for proactive police patrolling, installation of CCTV and street lights as some measures that could create a safe environment for women in the community. Concern about sexual harassment and abuse while commuting or at work is a barrier to women’s employment in contexts where such harassment is widespread. In this context many youth, male and female participants spoke about shared autos, rickshaws being the most commonly used mode of transport to commute. The shared space in the vehicles also invites harassment. Thus, women and girls shared about being guarded or being accompanied by male escorts in these spaces. Similar view was shared by male youth pointing to many unsafe places thus, hampering fear free mobility of especially working women. 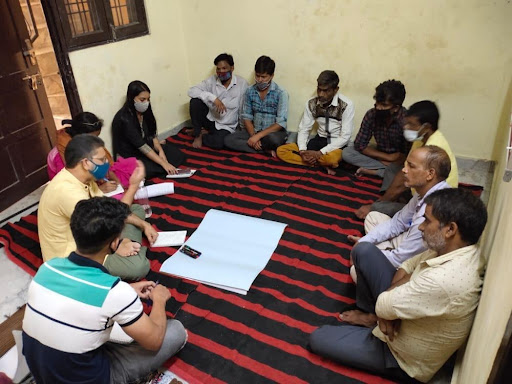 “If everyone agrees then (then only women should work) otherwise there are problems in the house.”

The formative study shows a gender difference: 82% male participants believed that women should not work unless they have to, because of economic reasons. Whereas 81% of women participants agreed to the fact that women should work out of a desire to work. However, from the qualitative data it was interesting to note that these women also believed that the choice to work must also be exercised within the purview  of what family allows, thus implying the family (natal or marital) is be the major influencing factor when it comes to exercising the actual choice to work.

The NFHS-4 (2015-16) survey also states around 51% of women face physical violence for leaving home without prior information or permission. The typical belief is reflected in one of those statements given by young men, “Ghar ka kaam ladkiyon ka hai, yeh wo mahila h jo ghar me sunne ke baad bahar kam karne jati hein, hath se nikal sakti hai’.” (The work at home is women’s work, the women who leave home to work outside are uncontrollable.)

According to the facts from World Employment and Social Outlook Trends for Women 2017: around the world, finding a job is much tougher for women than it is for men. When women are employed, they tend to work in low-quality jobs in vulnerable conditions, and there is little improvement forecast in the near future.

The current global labor force participation rate for women is close to 49%. For men, it’s 75%. That is a difference of 26 percentage points, with some regions facing a gap of more than 50 percentage points.

Therefore, the finding clearly shows that women consistently and systematically face discriminatory social and cultural norms as well as vulnerability to sexual harassment and restricted mobility that prevents them from going to work or seeking opportunities outside their homes.

Division of labor and Gender roles and Violence:

The majority of participants had a stereotypical way of looking at division of labor, gender roles and violence. As a result, even women and girls, although they recognize the burden of household work and limited autonomy and mobility, are unable to negotiate these power dynamics. For instance, the majority of women and men tend to believe that in order to protect their marriage it’s important to tolerate violence. However, many young girl participants did not ascribe to this norm.

The men on the other hand, benefit from this power imbalance and thus believe and practice all these norms. Nevertheless, a significant majority of female participants and men as well do tend to believe that domestic violence should be treated as a ‘private matter’ during PRA (participatory rural appraisal*) wherein during IDIs this was reported as something that should be discussed with the family and community. In fact, the qualitative data pointed out that most participants agreed to reporting it to family members or community members to intervene in the matter with the point of view that, “agar baat hadd se bad jaye toh batani chahiye.” (“When the matter get’s out of hand, it should be reported.”). Even the stakeholders shared that in most cases of domestic violence, it is addressed at the family or community levels and only in cases where the violence is extreme, it is reported to the police.

A sizable majority of women and a small section of men also agreed that performing household chores and childcare is not the sole responsibility of women. Although the reality of these affirmations may differ in practice, yet on the face of it the beliefs around women and care work seems to be slowly changing.

*PRA: An approach which aims to incorporate the knowledge and opinions of rural people in the management of projects and programmes

On statements related to decision making, more men than women agreed that men are the primary decision makers in the house. In fact, a majority of women negated the idea that the husband should make the final decision about purchases at home and all the other decisions.

Working outside is believed to hamper domestic chores i.e hamper the performance of the unpaid and care work of women. Since the burden of unpaid care work falls disproportionately on women while men are either not expected to or refuse to contribute, balancing employment with household responsibilities becomes more challenging. This ‘inability of women to balance between work and family’ is then often used as an argument to dissuade women from working outside.

There is lack of awareness and sensitivity on issues around violence and its redressal, women and work and gender discrimination, and thus there is a pertinent need to sensitize the community and the stakeholders on these issues. As a matter of fact, for more sustained efforts to propel continuous change, a gender transformative approach would be critical.

Thus, there is not only the need to engage women but also men and boys of the community in a pursuit to challenge the discriminatory social norms. A robust community-based intervention ranging from behavior change communication to developing support/youth groups addressing these issues in the community while also sensitizing the stakeholders and bridging the gap between them would be a way forward.  The key is vigorous engagement of the youth from the community who are carriers to the norms and belief systems and to facilitate an intergenerational dialogue for snowballing the process of change. 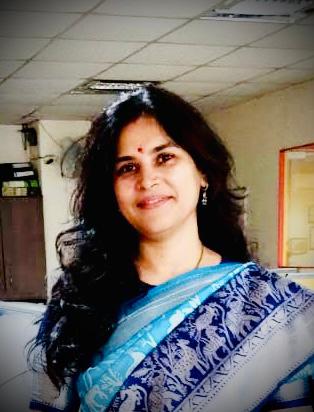 Priti Singh
Ms. Priti Singh is a passionate development professional with 20 years of multi-disciplinary experience on gender, child development, education, public health and youth development. Her wide experience includes working in various states in India on evidence based programming at grassroots and national level with leading INGOs & NGOs known for their excellence in their respective domains. Presently, she is working as Deputy Director – Research & Evaluation with Breakthrough India for strengthening the R&E systems for gender based programs in India. Priti is passionate for working on gender and issues related to mainstreaming of girl child.
Subscribe.
Receive a bi-monthly update on events, campaigns & other news that interests you.
Categories.
Contribute.Write for us, become a contributor to the Breakthrough blog.
Connect.