Women On Wheels: The Cycling Revolution By The Women of Pudukkottai.

My gender was assigned but my struggles were mine to carry alone and so were the revolutions I would be or not be a part of. I did not know that my assigned gender would carry the weight of being marginalized, of being one of the struggling ones. No one taught me the ways to fight gendered stereotypes rather kept instilling me with more. This is what society has done to all of us – womxn, men, trans-persons and non-binary persons placed in the gender galaxy.

While being inspired from numerous struggles carried out around the globe, one such revolution was by the women of Pudukkottai, Tamil Nadu. This revolution was about mounting their bicycles and engaging in an emancipatory struggle which made the district the first one ever to be fully literate in Tamil Nadu in the year 1991.

Cycling as a means of emancipation? Yup, this was my query too when I read about it in P. Sainath’s book, ‘Everybody Loves a Good Drought’ and later familiarized myself with the documentary ‘Pedalling to Freedom’. Such inspiring movements made me realise how by the struggles of numerous unsung people, I have the responsibility of not moving backwards rather taking this struggle further such that nobody would have to skirmish for riding any sort of vehicle.

The cycle reflected the values of freedom, mobility and independence for the women of Pudukkottai. Sainath argues that “some seemed to have abandoned the veil for the wheel” referring to Muslim women from conservative backgrounds participating in the same. This art of riding a cycle grasped the attention of women from different walks of life (agriculture, quarry labourers, village nurses, Anganwadi workers, etc.) from the young to the elderly.

Cycling became an emotion for these women who broke the bonds of male-imposed barriers, pushed away from the discouraging lewd comments from men and established themselves as being self-reliant. This struggle was highly organized with the political consciousness of the literacy movement running in the backdrop for setting Pudukkottai as exemplary. Having no or little control over resources, these women fought for their rights by cycling around the district, befriending freedom.

The cycle largely reduced the time and labour put in by women for carrying out drudgery-ridden tasks that are essential for household maintenance but are unpaid tasks and have no cash value (invisible work/labour of womxn). This brought a positive impact on their economic state, empowered them, provided them with leisure activity, helped them multi-task, gave them a sense of self-reliance, assisted them in becoming efficient in their everyday chores and in some instances, made women an equal player in maintaining the finances of the house.

The Backdrop of the Movement

The year was 1991 when this struggle gained momentum and resulted in a successful movement around the district. By the late 1980s, different organisations (street play theatre groups, government personnel, activists) initiated a conversation encompassing the scientific awareness and the significance of education amidst the residents of the district.

In an initial survey, it was identified that about 2 lakh people were illiterate in the district out of which 70% were women. It was under the National Literacy Mission in 1990, that Tamil Nadu initiated the Total Literacy Campaign in the district of Pudukkottai. The travelling street theatres along with the Tamil Nadu Science Forum set the tone for this campaign to be a full-blown struggle for increasing the mobility of women, making them empowered and independent from their male counterparts.

The intervention of cycling was accepted with open arms from the government as the funds started to pool in. About 30,000 people volunteered to be a part of this campaign at a cost of merely 65 rupees per person (imagine the resources spent by us for our education throughout our lives). This could only be achieved when the target of those involved was to spread literacy rather than gain economic benefits from the same, a notion gauged from the ‘no remuneration policy’ followed throughout the campaign. One such volunteer was Kannammal, an activist and an insurance company office assistant who took leave from work to volunteer for the project as the District & Women Coordinator.

In 1991, women received ownership rights over the quarry lands.

The highlight of this project was the inclusion of mobility as a criterion in the literacy drive apart from the regular aspects of literacy, numeracy, functionality and awareness. This brainchild belonged to Sheela Rani Chunkath, former district collector of Pudukkottai. Her idea was to train female activists residing in the district, such that literacy would reach the interiors of the region (these womenfolk later came to be known as Arrivuli). Ms Chunkath ardently spoke about the unequal opportunities distributed amidst men and women – one such case being the evolution of the wheel surpassing the women. She observed that women were not driving any vehicles be it bullock carts, bikes, autorickshaws or cycles and this lack of mobility undermined their confidence to step out and perceive themselves as equal to men. In order to overcome this exclusive idea, she established cycle training camps in the villages.

But can men simply support women without disregarding their dreams? Facing outrageous comments from men, women chose to participate and learn to cycle at night wherein they would not have to face discouraging remarks from the villagers. Chuknath further worked with banks to release loans for women to buy cycles. Another front which was covered by this innovative, enthusiastic government personnel was to cater to the problem of quarry workers. She persuaded the state government to introduce a policy affirming that the ownership of quarry lands would be transferred to the women working on those fields. Since this business had illegal roots, this initiative would achieve two things with one arrow. Since women were illiterate, they could not sign the documents, a realization that subsequently struck them.

One must apprehend/ grasp that the initiative was not only to make people educated but provide a rationale behind the significance of literacy. The idea was to work around the root cause of literacy by making the residents aware of the usage, significance and implication of being educated. In 1991, women received the ownership rights over the quarry lands but had a long struggle to conquer as their everyday lives were made miserable by the angry, former owners of the quarry lands. However, the rejoicing women were now using the skills learned from the training camps for maintaining their funds, renewing their lease, collecting their fair share of income and riding a cycle.

Over 1 lakh women in the Pudukkottai district learned the art of cycling in 1992-1993. Especially, on International Women’s’ Day in 1992, the district witnessed a spectacular sight of women cycling and rallying all over the area. The bell of freedom was rung by women who now felt empowered. An impressed UNICEF sanctioned 50 mopeds for the women activists of the cycling training camps.

Every woman wanted to learn and was keen on buying a cycle. This led to a shortage of ‘ladies cycles’ in the market. Nevertheless, the ‘gents cycle’ did a similar job. Strikingly, women preferred the latter as it had an additional bar in the middle of the seat and the handle. The hardworking women could use this ledge as a seat for their children while riding with two pots of water at the back and a child in the front.

Over 1 lakh women in the Pudukkottai district learned the art of cycling in 1992-1993.

Cycling had implications on different fronts of a woman’s life. It was helpful to women who sold agricultural produce, for fetching water from the tanks, taking paddy to the rice mill, collecting fuel and fodder, for young girls to reach school and for women who wished to visit any place at any time due to leisure or emergency. The cycles cut downtime, energy and money along with being an efficient way of transport, especially on poorly connected routes.

This widely increased their income as they did not have to wait for buses to carry them to the local market to sell their produce, enlarged their coverage of the market and they felt more involved in the community due to their frequent, independent visits to numerous areas. The convenience of this mode of transportation has outweighed all other considerations. The use of cycles by women in Pudukkottai is a sustained and sustainable phenomenon, an integral and necessary part of their lives seen as having a holistic impact on their personality.

The Legacy Carries On

This movement was not one to die down after gaining international momentum. The literacy campaign was continued by the activists who were determined to move forward with this goal. The district now has community libraries, mobile libraries (managed by women largely), cycling camps reaching the innermost areas to keep the flame of education and the zeal of cycling sustained.

While the access to cycles is widespread, the issue of control over the same remains a problematic arena. It was observed from numerous accounts that very few women-owned cycles and were essentially dependent on men for sharing this resource. As history has spoken from various standpoints, the work of a woman is never considered vital and it is only the ‘man of the house’ who ‘works’.

Thus, now the question of priority over this resource arose. Additionally, some women were also seen narrating that this skill has added unto their daily list of tasks as initially – men took up the tasks of travelling distances like visiting the market, picking children up from school and others but now it has been burdened on the women’s’ shoulders. In hindsight, despite this extra burden, women were thrilled to ride two-wheelers. Additionally, more girls could be seen cycling their way to school, engaging themselves in this emancipatory art.

“O sister, come learn cycling, move with the wheel of time…” was the background music for all those who courageously broke away from the long-lasting chain of patriarchy. If the lives of numerous women were certainly improved with this small-scale campaign, then ownership and control of resources are some of the rights women have to have. This emancipatory art form has transformed their lives significantly by letting them befriend freedom. I think the most suitable way of ending this article is by quoting Sainath, 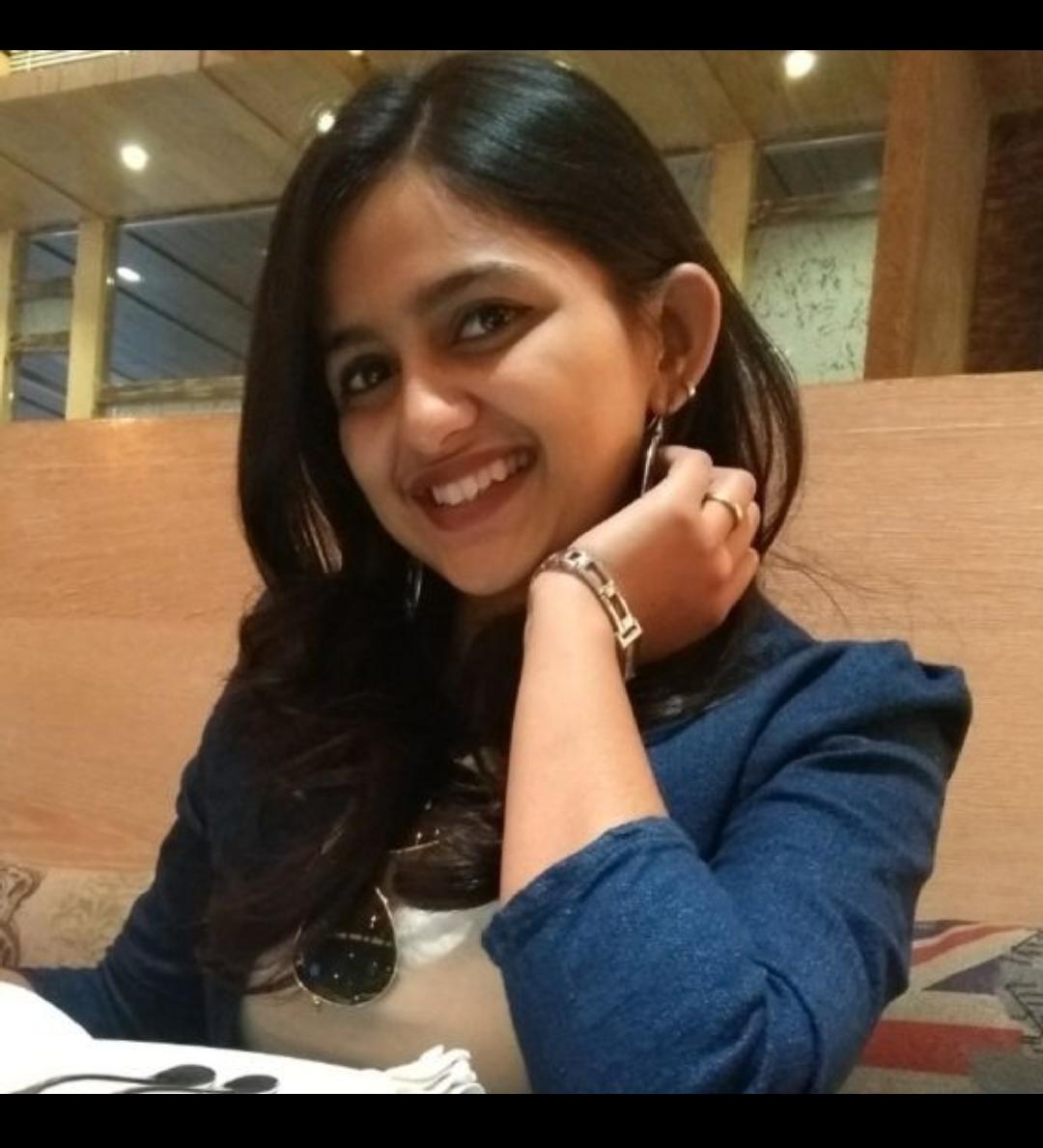