Defying the Rule of Subordination- #IWillGoOut.

New year’s eve had just transcended into the first night of the year when engrossed in talking to my closest friend who stays in Bangalore and browsing through my Facebook news feed simultaneously, I started seeing posts about molestation all over my newsfeed. Photos of men groping, dragging and running after women in disheveled party clothes, stilettoes in hands, eye make up running in tears on visibly distressed faces. Everyone, across social media platforms, was talking about the mass molestation in Bengaluru.Women started coming out with their own narratives of harassment they have faced. The conversation regarding women’s access to safe public space began to gain momentum. The backlash also gained momentum. The predictable hashtag #NotAllMen was back.

#NotAllMen is a hashtag mostly used by self proclaimed Men’s Rights Activists and men who consider themselves great for not committing direct physical harm to women. It is largely used to dilute conversations around violence against women and girls or violation of women’s rights by men. This argument that not all men are alike and violent men form just a little deviant subset of the vast population of men does not seem to be true at all when tallied with experiences of women.

Shocking as it may sound, I have never met one woman in my life of 23 years, who has not been abused by a man be it physically, emotionally, sexually, in verbal or nonverbal way. I have been living away from home for more than 7 years. I have gone to women’s only schools and college. Even in my Master’s class, there are 16 other women. I have stayed in girls’ hostels, paying guest accommodations, rented flats with women. The organizations I have worked till now had mostly women employees. These all to substantiate the fact that I have come across and interacted with a significant number of women (because being a woman, I am often told that my arguments are devoid of facts and logic unlike those of men). And yet, not a single woman without an instance of violence perpetrated upon them by men. This should be a disturbing fact in itself, but is somehow not. I have heard instances from male friends too of getting abused, by men again, higher in position from them, in terms of physical strength, age, relationships or dominance.

Molested in a crwded bus and when I got down I had semen sticking to the back of my kameez. #YesAllWomen face it.@FeminismInIndia @whyloiter

#YesAllWomen| For years, the back gate of LSR has been a festing site for men to unzip and wank off to girls getting in & out of college.

@FeminismInIndia a man rubbed his crotch backNforth my ass in a crowded Delhi bus which ws so crowded, I cudnt find out he was #YesAllWomen

The conversations about harassment that we face have been normalized to the extent that it does not shock us anymore. Harassment of a gender by another has become so hazardously common and normalized that being vocal about it is considered overreaction, not only by the perpetrators but unfortunately by the survivors and potential victims also.

After the mass molestation, countless counter versions surfaced to render this incident false- a media conspiracy to create news, a conspiracy by feminists to render men villains. Some of the counter arguments admitted the incident to be true but placed the responsibility on the women present. The women who wore clothes of their choices, drank to have fun, who loitered to enjoy themselves shouldn’t have done so because that is against Indian culture. Samajwadi party member Abu Azmi said that the molestation was bound to happen since women consider nudity as fashion. He added that women should not roam around in the dark barring when they are accompanied by male family members. One wonders whether groping and molesting is a part of the Indian culture and if not, what about those going against it?

The men present there did the same, except for their idea of having fun included harassing women, touching and groping them against their will.

After #NotAllMen started trending on Twitter as a reaction to the Bengaluru mass molestation, women on social media responded with#YesAllWomen to speak about experiences of the harassments they have faced in their lives. What’s sad is even when women started coming out with their personal narratives of being harassed, many men reacted saying that these stories were not true.

This is how we treat someone who shares a disturbing personal experience.This is not acceptable.#CondemnRapeCulture pic.twitter.com/CFlD0TC61L

Molesters are not born overnight. An hour of drinking alcohol does not create them. They are always in us, in our thought process, in our mindset. The deep rooted idea that women are inferior to men and they should adhere to the rules of the society or the ‘culture’ to be deemed as good, otherwise face the brunt of their defiance lies at the root of the problem. Sexual violence is not about the sexual gratification. It’s about power. In cases of molestation like these, women are being punished for not staying confined to the boundaries set for them.The fact that there were almost about 1500 police personnels and they were overpowered, and it was not even a planned incident but an instinctive one shows how there is a large, overarching, collective consensus about how women should be, and anyone defying it can be harassed.

Access to public space is intrinsically linked with division of labor and the access to resources. Since patriarchy confines women’s work in the domestic space with no pay, the public spaces for leisurely activities are rendered out of bounds for women by default. Women stepping there defies the rule, threatens the exclusivity of masculine presence and thus is faced with backlash in various forms. This thought process and the action is not of men from some faraway land, these are the people who we are surrounded with, middle class, office going, ‘educated’ Indian men. These are the men we see in the office, the elevator, the colleges, on the streets, we match with them on Tinder, we get asked out by them and sometimes we agree, the reason that we are so worried is because the danger is too close home.

There is a segment of people who consider feminism to be just about sexual liberation of women, giving them the freedom to drink, party, have sex with multiple partners and wearing less clothes, thus not focusing on the ‘real’ struggles of women, like women being subjected to harassments in rural areas, or they not getting sanitary napkins. What we have to understand is that here is no degree amongst spheres of oppression, oppressions cannot be listed in a hierarchical order. Those oppressions are equally important to fight against individually. They need not be pitted against each other for ‘realness’. Saying that some issues are elitist, thus not worth fighting for is not a lot different than the logic men give about being happy for what we have because women elsewhere have it worse.

As for the movement, we need to realize that the struggle for women’s right to have pleasure and the fight against violence against women and girls need not be mutually exclusive. There need not be a hierarchy among issues. We have to fight for all of it, from equal health and property rights to a harassment free work space, from availing free sanitary napkins to have a right to abortion, from freedom from female genital mutilation to the freedom of roaming around at night without fear, Bekhauf Azaadi asks for it all.

So women across the world, and in several Indian cities are going out on 21st January in walks as a symbol of what should be done all year long; loitering and roaming around, claiming public space to be ours as it should have been always and breaking the chains of patriarchy holding us back. Women all over social media are writing their reasons to go out with the hashtag #IWillGoOut and letting the word know that chains of patriarchy have rust on it, they have become weak and in no time will be broken away in pieces. 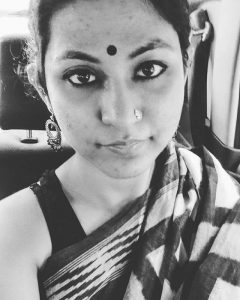