The #StillGoingStrong campaign features women who are breaking the archetypes of how older/retired women need to be. When the Breakthrough team sat down to brainstorm on campaign ideas, my mind continuously kept going towards Dr. Varma.

Dr. Saraswati Varma hails from Rajasthan. As was the norm in her days, she got married at the young age of 19 and settled down in Delhi. Realising that she will have to give up her dream of becoming a dancer and settle into the domesticated life in a joint family, she became uncomfortable. Even after becoming a mother of 3, her passions did not die down, as would have been ‘expected’.

She began her medical education when her children were really young. She also joined a dance school much to the dismay of her family. As time passed, she continued working to get herself a clinic where she could practice homoeopathy independently. In 1963, she was finally able to set up her own clinic. Since then, she has been coming to work regularly. She taught herself to drive and used to drive to her clinic alone.

Her children all got married and are settled in different parts of the world. She loves her children and the children often offer her help. But her zest to be on her own is far stronger than her will to accept that she should retire or be dependent on anyone. She lives on her own in Delhi with a family of help taking care of everyone. At the age of 92, she continues to practice medicine. She also takes good care of her health, citing how so many people become immobile in their later years due to bad health.

While chatting with her, I also asked her why are many women stopped from working or pursuing their dreams. “People are insecure and most times families fear a woman’s independence”, she said. She is a powerhouse of positivity and strength. And her strength reflects in action more than words. She continues to inspire women around her, her own family, daughters, granddaughters, great granddaughters, friends and me (her granddaughter in law).

“Don’t let anyone stop you from doing what you want to do. A lot of times people and circumstances will force you to be dishonest. Life can be trying but I choose to be happy.” 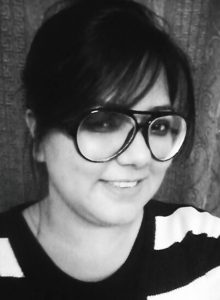