From Kudamau To Sundarnagar – Adolescents Who Strode Ahead With Their Campaign.

In India, the changing geographical nomenclature is at times entrenched in vested interests of caste and sectarian politics. However, the naming and renaming of places may also involve captivating stories, anecdotes or interesting associations. The etymology behind the names of places, streets, towns and cities has at times such curiously fascinating significance that it brings a smile to our lips. The very name Paranthewali Gali of Delhi stimulates the taste buds and makes many foodies drool. Similarly, the Thandi Road of Nainital provides respite to the throngs of tourists who come to escape the scorching summer heat of the plains.

In contrast to the above, what image does the name Kudamau conjure? A garbage dump? A heap of trash or refuse?

This is what embarrassed the teenagers from Kudamau village and they loathed the idea of their place of residence being addressed as such. Therefore, these adolescents from a small village from a rural block of Lucknow initiated a movement to change the name of their village. This  speaks volumes of the self-regard and self-pride that Adolescent Empowerment Project of Breakthrough (which is operational in the rural blocks of seven districts of Uttar Pradesh) has instilled in these young minds!

These teenagers are members of ‘Taaron ki Toli’ programme of the Adolescent Empowerment project of Breakthrough, some of whom were peer educators too. Initially, when they had raised their grievances regarding the name of their village and talked about how they felt demeaned when people teased that they lived in ‘Kudamau’, the trainer of Breakthrough encouraged them to start a campaign to get the name changed . The trainer told them to first come up with a new name.  The unanimous choice was Sundarnagar– beautiful place.

The adolescents then took up a wall writing campaign out of their own pocket money to familiarize the community about their campaign.

In the following days, even the trainer did not know then that this local adolescent initiative would be joined in by community, stakeholders, frontline workers, block and district level officers – all of whom would support their cause. It would even win the hearts of the State Finance Minister, the District Magistrate, the District Education Officer and other dignitaries when these adolescents presented their demand during ‘Raatri Chaupal’ in their village. They honoured these young people during the programme and have all  promised support for pursuing all the required formalities for this, especially regarding revenue and related departments. This was also covered by the newspapers and discussions are ongoing with Fever FM for media engagement and coverage of this issue.

The developments have further motivated adolescents, as well as the community. Inspired, now the community members of the village have already started getting the name of village printed on marriage invitations as Sundarnagar.

With a broad smile, the marriage parties will now be welcomed to Sundarnagar by the local communities. Kudos to these inspiring young people!

(The blog is developed by Ms Supriya. This real life story was inspired, facilitated and supported by Mr Manish, senior trainer of Adolescent Empowerment Project of Breakthrough, UP) 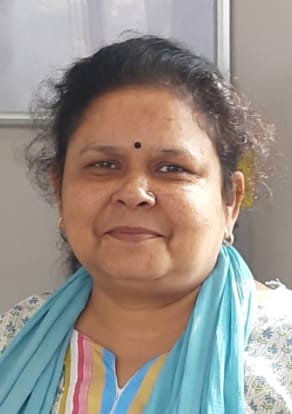