Haseen Dreams and Much More: A Review.

Lipstick Under My Burkha is a film that made people take sides even before it was released. The almost Herculean efforts of Pahlaj Nihalani, Central Board of Film Certification (CBFC) to stop it from releasing did not go unnoticed. In a letter published by the CBFC, the reason declared was that “The story is lady oriented, their fantasy above life. There are contentious sexual scenes, abusive words, audio pornography and a bit sensitive touch about one particular section of society, hence film refused under guidelines (sic).”

It might have easily been restricted to the usual fringe audience if not for the publicity garnered by a fight-till-death style feud initiated and carried forward by Government officials.

The beginning of the film has a voiceover where Shah is reading from a Mills and Boon style book about the haseen dreams of Rosie. These dreams provide her with an escape from the chaste, sexless life that she leads. The exasperation on her face when even men older than her start calling her Buaji is hilarious. Shah truly shines as the matriarch in the movie.

Plabita Borthakur is one of the first faces we see in the film, another brilliant performance as a girl from an ultra-conservative family just getting into college and the social quagmire that comes with it. The double life that Rehana leads has symbols not only in the burkha that she takes off to reveal jeans and red sneakers but also on the poster in her room that has on one side a line about education and on the other an image of Miley Cyrus.

However, it is Konkona Sen Sharma’s portrayal of Shirin Aslam that either openly horrifies or covertly makes us squirm. It is Shirin who forces us to come to terms with how ordinary abuse can be in marriages. That an existence like hers might be the life of so many Indian women is almost enough to make you want to deny it. The references to her repeated pregnancies and abortions, the barbaric behaviour of her husband (played by Sushant Singh) and the way Shirin eats a piece of chocolate cake while shedding a tear after being forced to service her husband will remain some of the most jarring moments in the film.

Aahana Kumra’s performance as Leela, a small-time beautician who takes care of the waxing and threading needs of women in the neighbourhood is noteworthy. Leela makes no apologies for her sexual appetite and the two men she’s involved with know it – the boyfriend (played by Vikrant Massey) as well as the fiance (Vaibbhav Tatwawdi), who amuses by his inexperience, whether for Leela or the audience (or both) – it is difficult to tell.

Tying it up, I did feel like the characters of women in the film were exceptionally well-written, however the male characters failed to evoke the same kind of response in me. They felt as though they were unidimensional, predictable archetypes – placeholders in spaces where they might have been developed some more.

There were also other loopholes and glitches in the movie. For example, the feud between Rehana and the two girls in her college (and her consequent arrest for shoplifting – the hows and whys leave a big question mark)  was not given enough screen time, despite it being a pivotal point in the movie.

The film frequently uses smoking as a motif to symbolise emancipation and although that has had its fair share of criticism, I have a slightly different opinion. There is nothing wrong with using smoking as a motif for freedom in the context of an environment where women are policed more strictly and judged more harshly than men when it comes to smoking a cigarette. It is not worthy of a comment when men smoke in countless films – to symbolise masculinity, power, aggression or bonding with other men – but somehow when women do it, it’s tauba tauba, even if couched in more sophisticated language.

Smoking a cigarette, or learning to smoke a cigarette, also hinted at the process women go through when coming to terms with ways of being that had been heretofore denied to them. In the process of gaining respectability or being respectable – because with women, respect is earned when you shut off parts of your being – there are many activities which are conventionally closed to women. Naivete, unsurety, learning and then somehow doing, or being – these emotions could be there in any such activity and not just smoking.

The same process was also displayed in other scenes – whether it be Rehana’s going out, her drinking or her kissing a male friend and even Buaji’s recollection of her name and her sexual self when she should, according to everyone around her, be a sexless 55 year old. The unabashed sexuality which was displayed in such a nonchalant way, or coming to terms with it outside boundaries deemed acceptable was probably one of the many ways this movie was “lady oriented” (thanks, censor board).

The film ends with these four women sitting together in a circle after their own individual journeys. They end up in the same room, offering support and solidarity to each other and somehow you feel, despite all evidence to the contrary, that everything will be all right.

Lipstick Under My Burkha can definitely start conversations about women, sexuality and the patriarchal nature of gender-based violence in unassuming ways and in spaces where such subjects are taboo. It has done something brave in bringing forward real-life experiences of women that are alternative in its nonconformity and shocking in its mundaneness.

Go watch the movie if you want well fleshed-out female characters, Ratna Pathak Shah and the feel-good which comes from dreams that are followed despite patriarchal obligations but don’t go if you’re expecting cinematic brilliance. 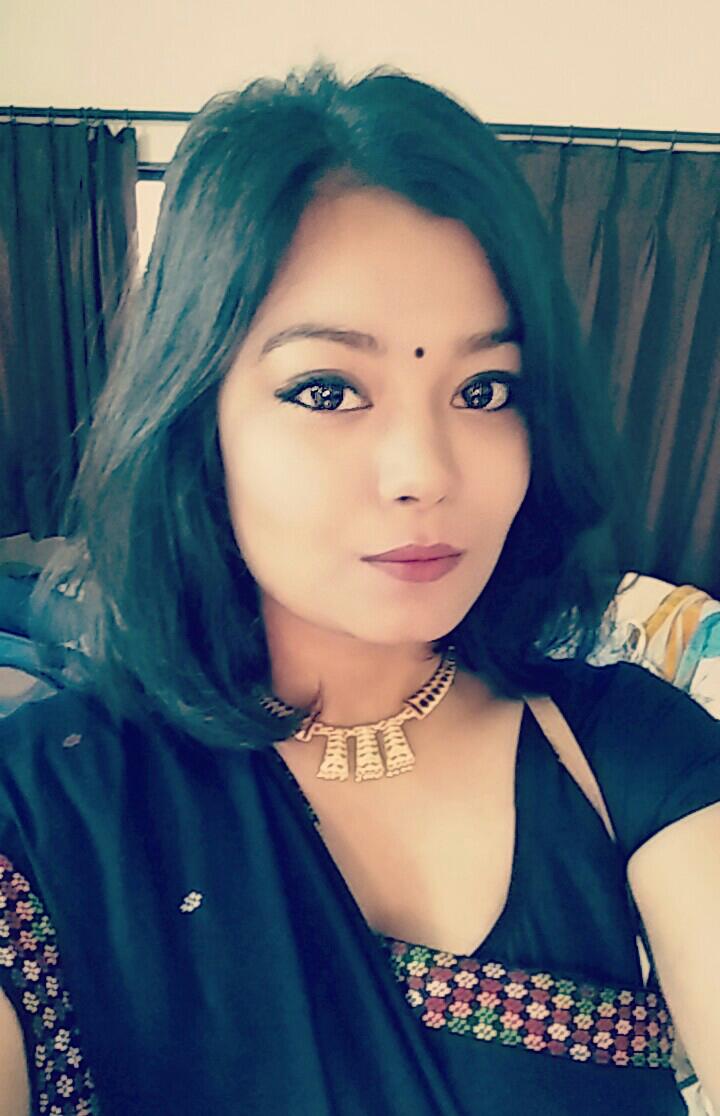 Archismita Choudhury
Coordinator – Media and Communications at Breakthrough India since May 2017. MA in Women’s Studies (TISS) and BA in Social Sciences (TISS). Catlover. Writer. Dreamer.
Subscribe.
Receive a bi-monthly update on events, campaigns & other news that interests you.
Categories.
Contribute.Write for us, become a contributor to the Breakthrough blog.
Connect.