Click to get to our reframe summit page - Apply now
In Focus 4th August, 2016

I woke up on a sunday morning, by a frantic call from my junior asking me to get hold of a copy of The Hindu with a shrill scream in my ear, “Didi, get up, there’s a photo of you, covering half a page!”. I got my copy and opened the paper, and on page 12 of the Sunday complimentary edition, there was a photo of me kissing my best friend on her mouth covering half of the page, with “Love in the Time of  Bigotry” written across it. Telling my junior that I will call her in a while, I hung up.

This was 9th November, 2014. The day before, on 8th, Kiss of Love had reached Delhi, and around 600 people had gathered in front of Jhandewalan Metro Station, from where, the RSS headquarters was a stone’s throw away. They indulged in public display of affection, hugging, holding hands, affectionate pecks and in some cases full blown on mouth kisses. This protest did not originate in Delhi. It had traveled a long way before it reached Delhi, starting from Kochi as a response to the vandalization of a cafe by a group of Hindu extremist youth over a couple allegedly engaging in public display of affection (read hugging). I had gone to the protest with a bunch of my friends and my partner (all of us have similar political leanings), who was present when I kissed my best friend and had absolutely no problem with it. But a lot of other people did have a problem.

So this photo went viral. Within an hour or so of coming back to my PG, a friend of mine shared a link on my timeline. It was the link to the cover photo of Outlook India’s Facebook page. There were lots of comments, increasing in number with each passing moment. I was just about to start reading them when I got another notification of another friend of mine tagging me and my best friend in an appreciative comment on that page. She and I both were oblivious to what was being said about us before that, and when I started reading the comments, horror started running down my spine.

There were threats, abuses, abusive references to my family members, and suggestions of what should be done to us. Random people were calling us all sorts of names, they wanted us to get raped, molested, wanted to have brutal things done to our vaginas (apparently these would cure our extreme sexual appetite). They said that women from Left parties are in for all sorts of illegitimate sexual encounters, they have no sense of morality and are available for sex to all, often misinterpreting Kavita Krishnan’s unequivocal support for ‘free sex’. The floodgate of hate had opened. But this was just happening on the page. The moment my friend had tagged us in the comment, our inbox started flooding with similar messages. The intentions to rape us, have us gangraped, poured acid on our faces as well as genitalia to quench our ‘thirst’ of sex, mutilate our genitalia, have horrific objects inserted within us filling up all the ‘holes’ in our bodies because that’s what we are apparently after, and many more heinous things along the same line.

The messages continued for days. Later, the same week, there was a poster being circulated on Facebook with my best friend’s name, someone else’s photo and the address of the organization we both were interning at. The poster called out for vandalizing the office of the organization and teaching us a lesson. We did file a police complaint and fortunately things did not take a wrong turn.

This was towards the end of fifth semester. By that time I had already been very vocal, both on social media and otherwise regarding gender issues and other political matters on campus for a pretty long time. People knew my face. A lot of people knew where I stayed, my route between college and PG. What felt most worrisome was the fact that the messages in the inbox did not just include messages from people having access to me in the virtual world. A lot of those messages said that the next day they find me on campus I will have my face burnt with acid, or abducted and raped and have horrible things done to me. Some threatened to attack my partner, who also was active in student politics on campus. I was waking up to hundreds of hate messages everyday, and it took a toll on me.

I was scared to even go to college, even in broad daylight. I was scared in metro, I was scared when I was alone on the street, I was scared when I was in a crowded place. I was practically scared all the time, except for inside Miranda House, that was the only safe space for me in my everyday life where I was spending significant amount of time each day. I felt threatened to travel in public vehicles, and I could not afford to hire a cab, or an auto to go everywhere I needed to. I did not tell my parents about it, as they would have felt worried and helpless from 1500 kilometers away, and probably would have called me back home.

I did not want to let go of the freedom I enjoyed away from home, away from the family that is. Let’s not deny the fact, the first and foremost playground of patriarchy is the family. For the sake of the liberty that I was enjoying, I kept my family members away from my social media existence and continue to do so till date. No one from the immediate or the extended family are added to my friend list. I don’t even use my official name or surname online. This trick has helped me keep my family away from the wrath and hatred that comes my way.

A lot of well-wishers advised me to stop writing so much about controversial issues like gender, politics, write poems that did not drip ‘sex’, and stop whining about sexist jokes or memes.

“Why so offended yaar? Take it with a pinch of salt.”

I never could take abusive remarks with a pinch of salt, pepper or even chaat masala. They always reeked of bad taste. The advice of getting off Facebook or keeping my privacy settings very strict also poured in. I did get off Facebook for some time. When I came back, I saw Kavita Krishnan’s timeline filled with hateful, sexist, lewd remarks for speaking against the right wing propaganda of Love Jihad. What I realized was nothing changes if I keep myself off Facebook, I personally don’t get messages, yes, but there is one less voice whining about things that need to be whinned about. I did not want to stop being vocal. I kept on writing about patriarchy, religious fundamentalism, misogyny, mostly in Indian context.

During summer vacations, in Delhi, on my way to work I overheard the conversation between two men, cribbing about the reservation for women’s seats in the general compartments of Delhi metro and elderly aunty brilliantly giving it back to them. I narrated the incident in a Facebook status update that went viral. It had 2700 shares, about 11000 likes and countless comments. Several media portals like Scoopwhoop, Storypick, Buzzfeed, the Lallantop picked it up. Again my inbox was flooded with messages. There were people who applauded, some who disagreed politely, but these two categories formed a tiny part of the response against the massive hate wave that came along.

People again started abusing me with rape and death threats, saying horrible things about my friends and family,  writing graphic details of my parents’ sexual encounters, of my sexual encounter, sending me images of mutilated genitalia, naked images of women, women getting penetrated by animals, they I guessed practically sent me images of everything that the term disturbing can stand for. I filed a complaint in the cyber cell of Delhi police and it’s under process.

Messages kept pouring in. But I tried my best not to let them affect me. When I came to Tata Institute of Social Sciences to pursue my Master’s in Women’s Studies, I was planning to write a paper on the use of internet in perpetration of violence against women, and I noticed this peculiar trend. This was the time when the tricolor filter in support of digital India was on a roll and everyone who had abused me in both my inbox and facebook pages had their profile pictures tricoloured.

All the attempts of online abuse against women which revolves very much around their sex and sexuality, do not represent the abusers’ intention of indulging in a healthy sexual encounter. The sexual encounter they portray is a violent one, it is not for enjoyment of the parties involved. The sexual encounter they perceive in punitive in nature, it’s a form of brutal punishment, and by default the concept of consent is absent. Punishment to who if we ask, we see women who have spoken about their rights, their desires, their politics, who tried to claim the space that men were habituated of feeling entitled to, only because of the apparent absence of women, be it in real or in virtual world. Women talking about politics, working in male dominated  sectors and rising up the ladder, talking about their rights at home, and workplace, claiming the space that has been considered ‘male’ till now threaten patriarchy to the core, and the privileges that men have been enjoying are at stake.

Apart from the legal help, I started using social media to my rescue, I screenshot abusive messages and post them on my profile, for the world to see what a vocal woman has to go through just for being vocal.  It accounts to the abuser’s public humiliation and account deactivation, but with the increasing number of fake profiles, it is getting a little problematic these days.

The attempts, though various in nature, have the same aim, to silence women, to retreat them to the same chains that they broke out from after so much struggle. These attempts must be rendered futile. To the women who have fought, to the ones fighting, and to the ones getting prepared to break chains, a roar of solidarity from this side. 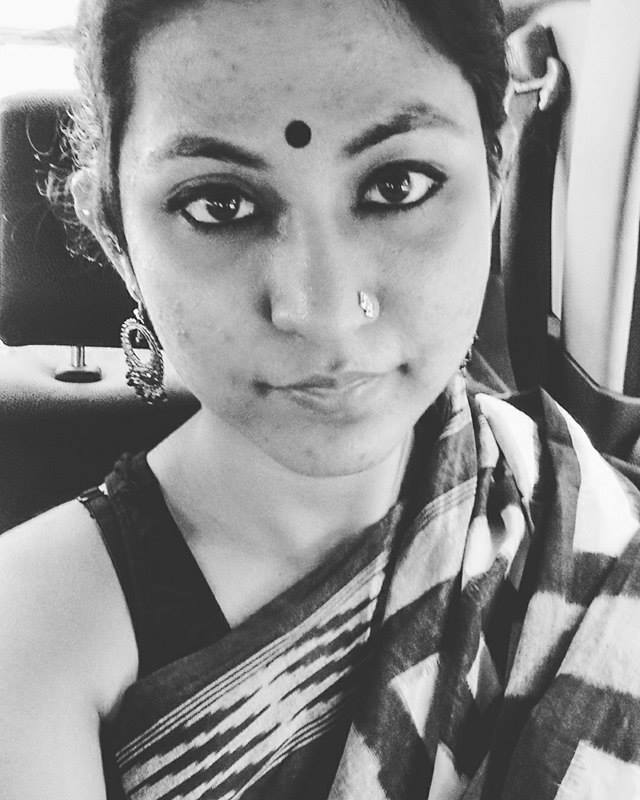