Why Are We Protecting The Institution Of Marriage By Justifying Marital Rape?.

We grow up, eventually, get married and then discover that marriage is surprisingly not always as rosy as we imagined it to be. Marital rape is one of those unspoken, denied truths of marriage, which makes the victim suffer in silence.

There are women, a big percentage, who have reported how their husbands force them to have sex, the way they (husband) want, and how ‘no’ is not the right word in such situations. But as we need to maintain the ‘holier-than-thou’ image of marriage, we are not supposed to talk about it.

While growing up women are never encouraged to discuss sex, but the day we get married, we are expected to perform erotica for our husbands. If the woman is not comfortable, for reasons like, she is not yet mentally ready to have sex with her husband, who listens to her? No one. Once married, it becomes her responsibility and duty to sexually satisfy her husband. The way the husband wants it. The number of times he wants it. Women are supposed to dedicate their bodies to keep their husbands happy.

It’s always more emotionally taxing, when the one we trust and depend on, abuses us. Home is assumed to be a safe space by all of us and hence, we must remember that a struggle inside our home is way more difficult than a struggle outside. When home turns out to be a place of abuse, one does not know where to go.

Marriage is beyond consent

The institution of marriage is not concerned about what the wife wants. It doesn’t matter if the woman is voluntarily participating in the act of sex or not. All that matters is that her body is available for the man to perform his desired sexual acts or perform his violent ideas of ‘sex’. Many times, it’s not even about sexual pleasure, but the pleasure of power, the pleasure of subjugating someone. In a way, in our society, marriage gives a man the license to have sex with his wife, without consent.

It is not our culture

It’s even more shocking, how our society tries to normalize the sexual violence committed on wives. It is like an invisible sexual bondage, where one party decides the terms and conditions, and the other party agrees to perform. But if you decide to speak up against it, then the society will have issues with your culture.

Why do we connect culture with crime? Clearly, to dilute the crime, as the state has no interest in making the husbands angry.

Manu-Smriti, (Sanskrit: “Laws of Manu” or “The Remembered Tradition of Manu”) also called Manava-dharma-shastra (“The Dharma Text of Manu”), is traditionally the most authoritative of the books of the Hindu code (Dharma-shastra) in India. Even though we are not ready to accept marital violence as part of ‘our culture’ (largely conflated with the Hindu culture), Manu has already done us a favour by codifying it centuries back.

According to Manu Smriti  5/157- Men may be lacking virtue, be sexual perverts, immoral and devoid of any good qualities, and yet women must constantly worship and serve their husbands. The norm of sacrifice, duty and responsibility is only restricted to people with a vagina.

So what about people with a penis? What are they supposed to do? Manu has tips for them as well – in the code 9/6, he says–  It is the duty of all husbands to exert total control over their wives. Even physically weak husbands must strive to control their wives.

Beware, uncultured women, Manu has things for you as well – Code 5/167- Any women violating duty and code of conduct towards her husband is disgraced and becomes a patient of leprosy. After death, she enters womb of Jackal.

So we are quite sorted. Manu taught us, it’s the husbands’ duty to control their wives, and wives can’t escape duty towards their husbands (remember even if they are sexual perverts, immoral and devoid of any good qualities).

We are indeed grateful to Manu, for these norms and normalizing marital rape for us. For impacting our social and justice system so deep, that even thousands of years later, our social and justice system still echoes his politics. Even after so many years when leprosy is curable and Jackle is almost extinct, our state of law could not find a better logic than ‘culture’ as a counter-argument for decriminalizing marital rape.

Conflict with State of law

National Family Health Survey 2005-06, states that almost 1 out of 10 married women (aged 15-49 years) in India have been forced to have sex by their husbands against their will. Out of 9% of the women who reported sexual assault, 94% suffered it at the hands of their husbands.

Justice Verma committee, which was formed to review the existing rape laws also recommended, rape or sexual assault is not a crime of passion but an expression of power and subordination. No relation, including marriage, supplements an irrevocable consent to sexual activity. Marital rape is also a violation of Article 14 (equal protection under the law), 15 (no discrimination on the basis of sex) and 21 (right to life with dignity) of the Indian Constitution.

In spite of having data and constitutional provisions, the position of the law regarding marital rape leaves us bewildered. In the recent judgement a bench of justices, MB Lokur and Deepak Gupta said.– “Parliament has extensively debated the issue of marital rape and considered that it was not an offence of rape. Therefore, it cannot be considered as a criminal offence”. There were mainly two arguments this verdict was based on:

The first point itself contradicts the existing rape law regarding burden of proof when it comes to sexual abuse or rape. After the Mathura rape case, The Criminal Law (Second Amendment) Act 1983 (No. 46) made a statutory provision in the face of Section 114 (A) of the Evidence Act made 25 December 1983, which states that if the victim says that she did not consent to the sexual intercourse, the Court shall presume that she did not consent as a rebuttable presumption. The amendment also shifted the burden of proof from the accuser to the accused once intercourse was established; it also added provisions for in-camera trials, the prohibition on the victim identity disclosure, and tougher sentences.

It seems even after such amendments, the state of law continue to have serious trust issues when it comes to pro women legislations. There is much hue and cry about how rape law or domestic violence act can be misused, how women can use such legal provisions against their husbands. So it is more important to protect the husbands (as their crimes can never be proved) because the wives are anyway socialised to be tolerant and never raise questions.

There is also an unofficial argument of western influence when it comes to criminalising marital rape. If we look at the list of countries (102 Countries till date) which have criminalised marital rape, we see names like Nepal, Bhutan, Cambodia and this leaves us confused. These are nothing, but arguments to protect the privileges of one section of the society. The state and the society want us to close our eyes, bury our sanity, rationality and continue victim blaming. Our society doesn’t like people with vaginas demanding their rights to have control of their OWN body.

There is a very famous saying in the field of criminology, “It is better that ten guilty persons escape than that one innocent suffer”. But, unfortunately, even in the 21st century, we tend to protect the criminals and justify their crimes, in the name of protecting marriage. Ask those women who are raped by their husbands, every day, what marriage means to them and if it is as pious as the state thinks it is.

4 thoughts on “Why Are We Protecting The Institution Of Marriage By Justifying Marital Rape?” 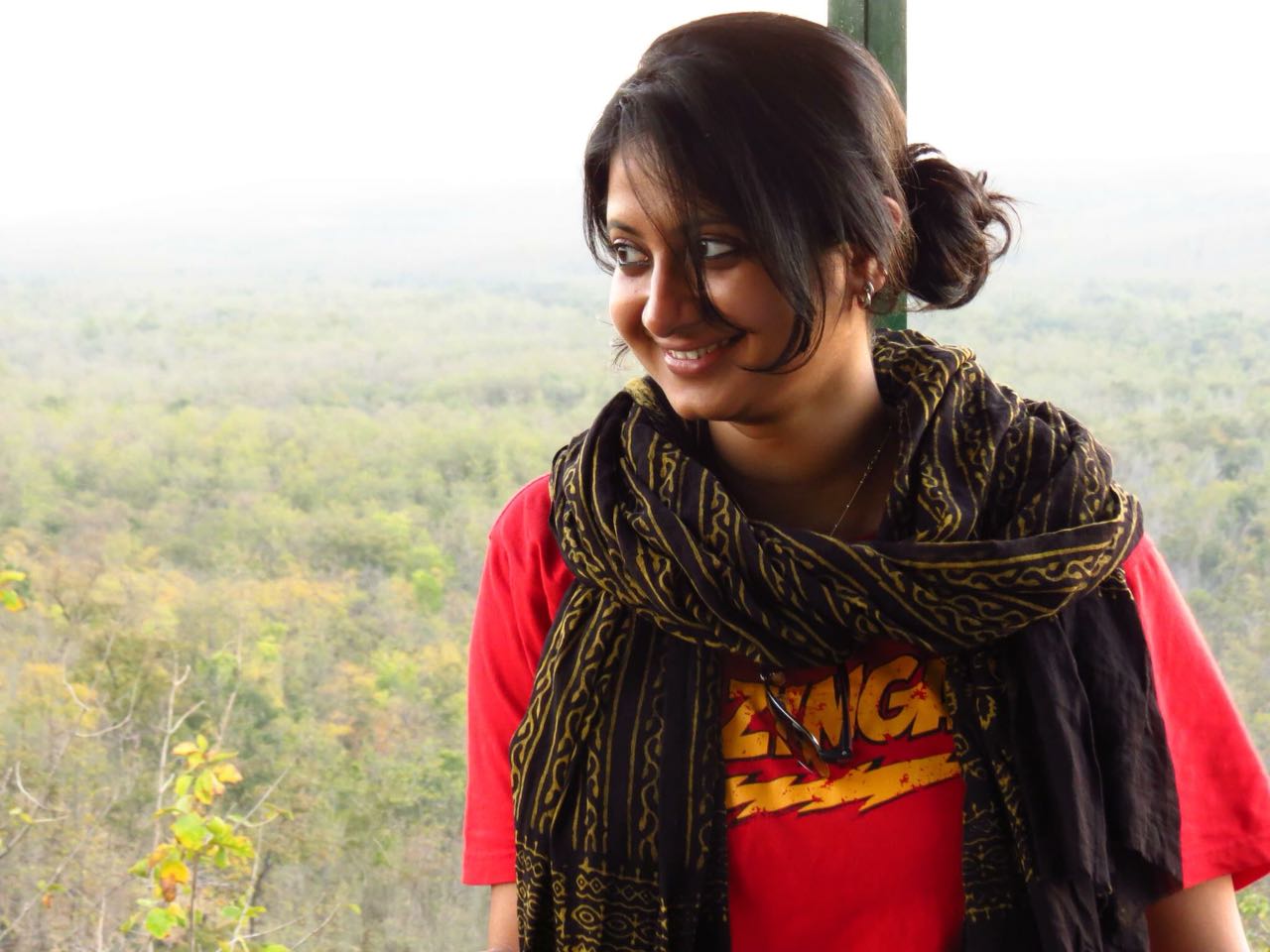 Barsha Chakraborty
Barsha is Senior Manager - Digital Engagement, Media Hub at Breakthrough India's. Feminist by politics, Barsha has been working on gender justice and other human rights issues. A sarcastic soul, movie buff and music lover.
Subscribe.
Receive a bi-monthly update on events, campaigns & other news that interests you.
Categories.
Contribute.Write for us, become a contributor to the Breakthrough blog.
Connect.