We Cannot Stress Enough On The Importance Of Sex Education in India.

“Scotland is set to become the world’s first country to include LGBTQ+ history in the school curriculum from 2021 to culture more awareness and acceptability amongst students”.

Reading this headline took me back to my science class during one fine afternoon of 2012, when my 10th-grade teacher was supposed to teach us the second half of ‘Chapter 8: How do Organisms Reproduce’. It was the shortest lesson by Rita Ma’am ever. I still remember her exact words that she used to end a topic before even beginning it; “I can see from the smirks on some of your faces that you do not need any education on human reproduction and so I am going to skip this part”.

Not only had my best science teacher let me down, but the sheer disgust with which she dismissed her entire class’ need for information about human bodies and reproduction is quite shocking to me till date. Some chuckled to themselves, some were disappointed but all of us were left by ourselves to get educated on this topic. It’s been 8 years since this incident and not much has changed for how Sex Education is viewed and refrained from in India. One cannot help but wonder about why Sex Education is still such a taboo in India and what is the way forward?

What is Sex Education?

The World Health Organization defines Sex Education as a “broad program that aims to build a strong foundation for lifelong sexual health by acquiring information and attitudes, beliefs and values about one’s identity, relationships, and intimacy.” Sex Education can also be described as programs which give knowledge about sexuality and contraception and comprise topics like gender identity, consent and awareness about sexual abuse as well. It aims to increase understanding about sexual health which is considered to be a state of physical, emotional, mental and social well-being concerning sexuality and not merely the absence of disease or infirmity.

Sex Education being enthusiastically taught in schools is still a far-fetched reality.

Why is Sex Education Important?

In this globalized and technologically connected world where information travels at the speed of light, it has become increasingly important to address issues like Sex Education. Especially in a country like India, along with the growing adolescent population and evolving attitude towards sex due to the influence of mass media, conservative views on sex are becoming redundant day by day. Moreover, the importance of integrating Sexual and Reproductive Health and Rights (SRHR) as Human Rights was highlighted during the 1995 Fourth World Conference for Women, making it a responsibility of all UN nations to ensure the implementation of the same. SRHR is a part of human rights to ensure upholding indispensable principles like:

However, the studies have shown that the majority of parents do not provide Sex Education. Even though the Government of India initiated ‘Adolescent Education Program’ (AEP) in 2007 in collaboration with National AIDS Control Organization (NACO) and United Nations Children’s Fund (UNICEF), Sex Education being enthusiastically taught in schools is still a far-fetched reality.

Due to this gap, because of the non-existent curriculum on Sex Education in most cases and teachers unwilling to take up the topic despite the curriculum being present in others, most of the adolescents turn to gather information about sex and sexuality from other resources like the internet, magazines, pornography etc. This can be harmful in several ways because of these mediums of information being highly unreliable. Misinformation, unrealistic body image, normalization of objectification (as made apparent in the recent ‘Boys Locker Room’ case), violence, abuse, unsafe sexual practices and disregard for consent – to name a few.

As a result of ignorance, young people are ill-equipped to make healthy sexual choices and form healthy relationships. This results in girls missing school once they begin menstruating, strict gender stereotypes, child marriages, LGBTQ discrimination and sexual assault. Despite all of this, the public discussions on sex and sexuality education are fuelled by religious and cultural values in India, with little to no regard for scientific attention. What is a way forward then?

Also Read: How Menstrual Taboos Influence Our Ideas Of Hygiene And Education

Topics like Sex Education, Puberty and Sexuality are being brought to discussion through mainstream shows like Sex Education (Netflix) and Big Mouth (Netflix). While the former is a teenage drama about a boy named Otis giving his hand me down the knowledge of sex therapy from his mother to his peers, the latter is an animated series about a bunch of 13 years old navigating puberty with the help of their hormone Monster/Monstress.

These shows have managed to throw some light upon a vast number of issues like – Sexually Transmitted Diseases, Sexuality, Gender Identity, Contraception, Abortion, etc. Unlike Indian cultural avenues such as Bollywood/Tollywood/Kollywood, etc which are famous for producing misogynist “item songs” and such content – often presenting a very unhealthy concept of sex and sexuality.

However, popular culture has its limitations. With the limited accessibility to the upper and upper-middle-class audience, popular culture can in no way replace the need for Comprehensive Sex Education curriculum in our education system. Several deep-rooted issues in India need to be systematically addressed and Sex Education can be the first step towards that.

The terms “sex” and “sexuality” carry a lot of stigmas and taboo and are considered culturally sensitive areas in our society which leads to a practice of long silences among family members whenever such topics come up or when a condom advertisement starts playing out loud on TV in the living room (all of us can relate to this one!). There is an utter lack of appropriate discussion about Sex Education in most schools as well. While the compulsory program includes a provision, fitness and physical education – the focus is on physical activity and health checks rather than sex and sexuality. Even if there are certain attempts to initiate discussions, they do not cross the line of menstrual hygiene and the girls are separated from the boys to even talk about such biological processes (as was the case in my school).

One of the driving forces behind this is the orthodox belief that Sex Education might ‘corrupt’ the younger generation. Even though the Adolescence Education Programme (AEP) was initiated as early as 1993 by the Government of India, recognizing the need for Sex Education and was repeated in the National Curriculum Framework in 2005, there has been no consensus among the state governments. As many as 12 Indian state governments banned the program as the substance of the curriculum was deemed ‘inappropriate’. There has been a constant argument that Sex Education integration would increase ‘risky behaviour’ among teenagers and young students. However, we need to understand that our prudish cultural beliefs on sex will increase the exposure of younger adults to ‘risky’ diseases like UTIs and STIs.

It can help prevent unintended pregnancy cases and also sensitize boys towards gender and consent in our patriarchal society, paving the way for a safer environment for women.

A comprehensive Sex and Sexuality Education curriculum can prove successful in addressing a wide range of social issues in India. It is an essential part of HIV prevention and has proven effective in fostering healthy sexual habits to prevent Sexually Transmitted Infections. It can help prevent unintended pregnancy cases and also sensitize boys towards gender and consent in our patriarchal society, paving the way for a safer environment for women. It can help adolescents combat body image issues and to steer away from unrealistic expectations around other’s bodies. It can create a more inclusive space for LGBTQIA+ community and promote gender equality.

As a starting point, we need to take discussions on Sex Education much more seriously and focus on creating a robust sex-ed curriculum that works for India. It will be important to include all stakeholders – children, parents and teachers – in the development and design of this curriculum. The primary focus should be on creating healthy sexual attitudes among children and young adults, providing them and their parents with access to appropriate kind of information that enables them to make proper and informed decisions.

Countries like The Netherlands can be taken up as case studies for a successful Sex Education curriculum where children as young as 4 years olds are taught about sex and sexuality through contextually relevant and age-appropriate content. As a result, The Netherlands has one of the lowest rates of teen pregnancies and sexually transmitted diseases and it is also one of the most gender-equal countries. It is time for India to follow this path and take a liberal approach to sex and sexuality.

Also Read: The Importance Of Challenging Toxic Masculinity From The Early Years 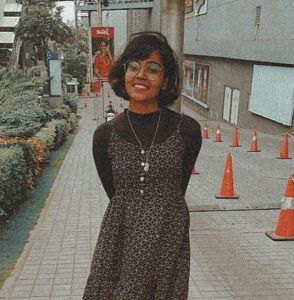