The participants had different real life stories to share but they were unsure  if they would be able to depict the same through comics. After alljk, they were not artists and some feared that they would be unable to draw a single straight proportionate figure! Had they made a mistake by volunteering for the comics making workshop? 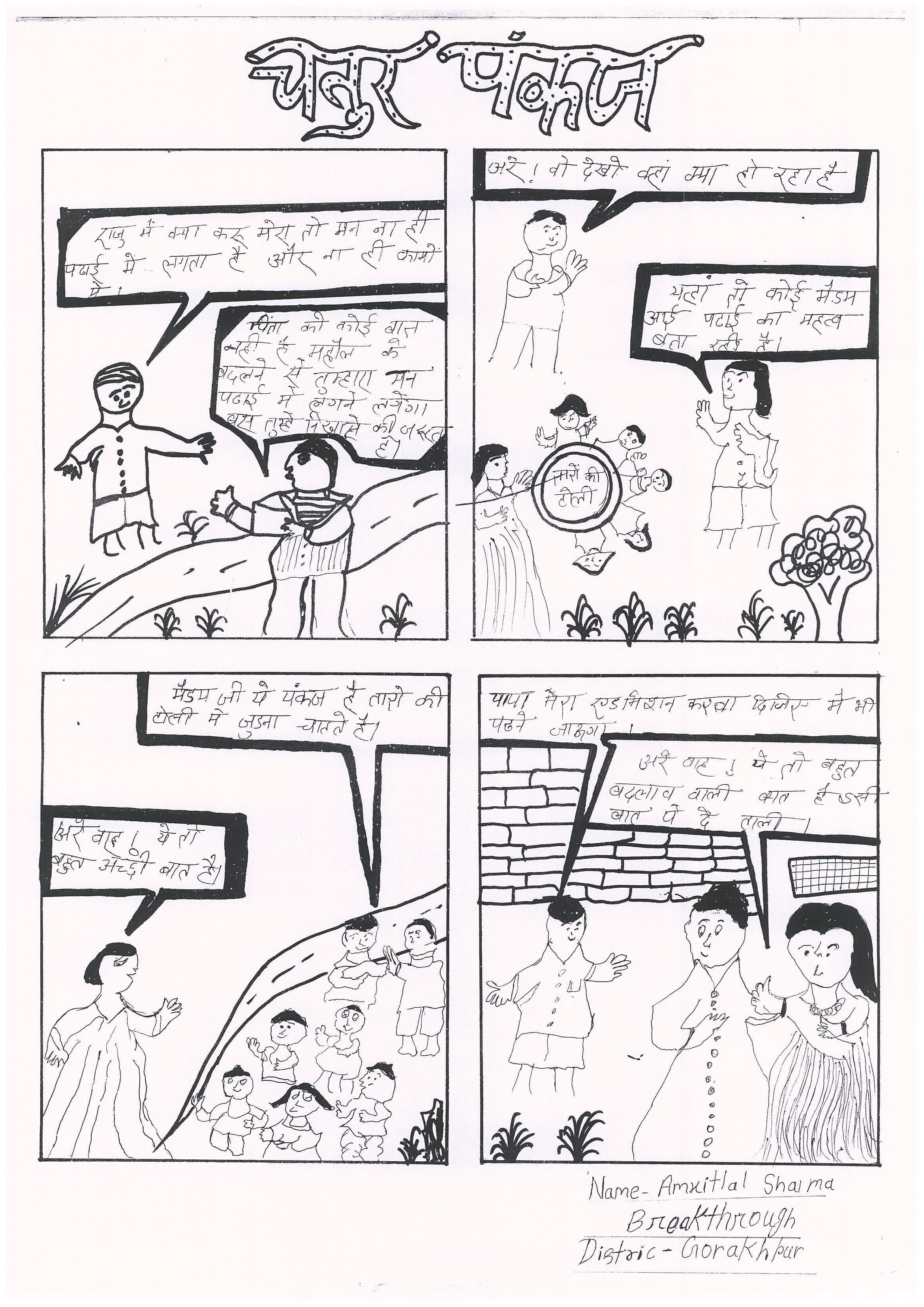 But their fears were allayed by the facilitators. “You need not be a skilled artist to make  comics. You will only be required to learn some basic rules and techniques.” And true to their word, the two facilitators were able to equip and motivate the participants to develop 23 four-panel  comics with such excellence, that when they put up an exhibition of the comics, the guests were both full of praise and also incredulous that the young ‘Roshan Taras’ of Breakthrough could develop such wonderful depictions of real life stories from their surroundings. 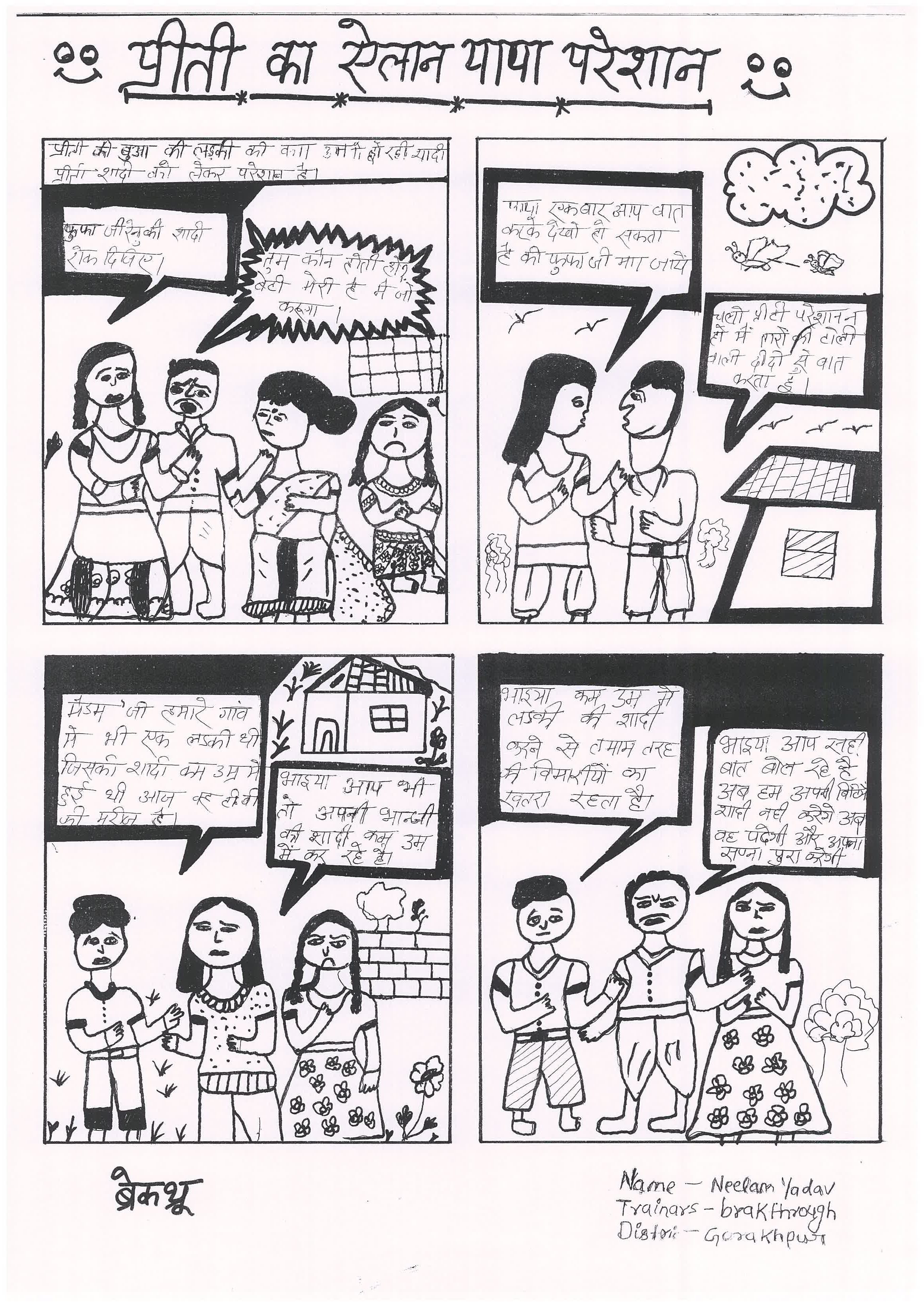 The comic workshop was organized by Breakthrough for ‘Roshan Taras’ and community developers from the 7 districts where its Adolescent Empowerment Programme is being implemented. ‘Roshan Taras’ are adolescents in the 15-19 years’ age group who are emerging as young leaders and taking initiative regarding different matters related to their community. They also support the ‘Ujjwal Taras’, 10-14 year adolescents who are members of ‘Taron Ki Toli’ –a youth club which is part of sessions wherein a gender transformative curriculum based on life skills is imparted.

Ms Krati Prakash, State Head, Breakthrough and Mr Sunil, Assistant Manager, Breakthrough made this seemingly difficult task of making comics easy for the participants. Some of the basic tips given for development of comics included: 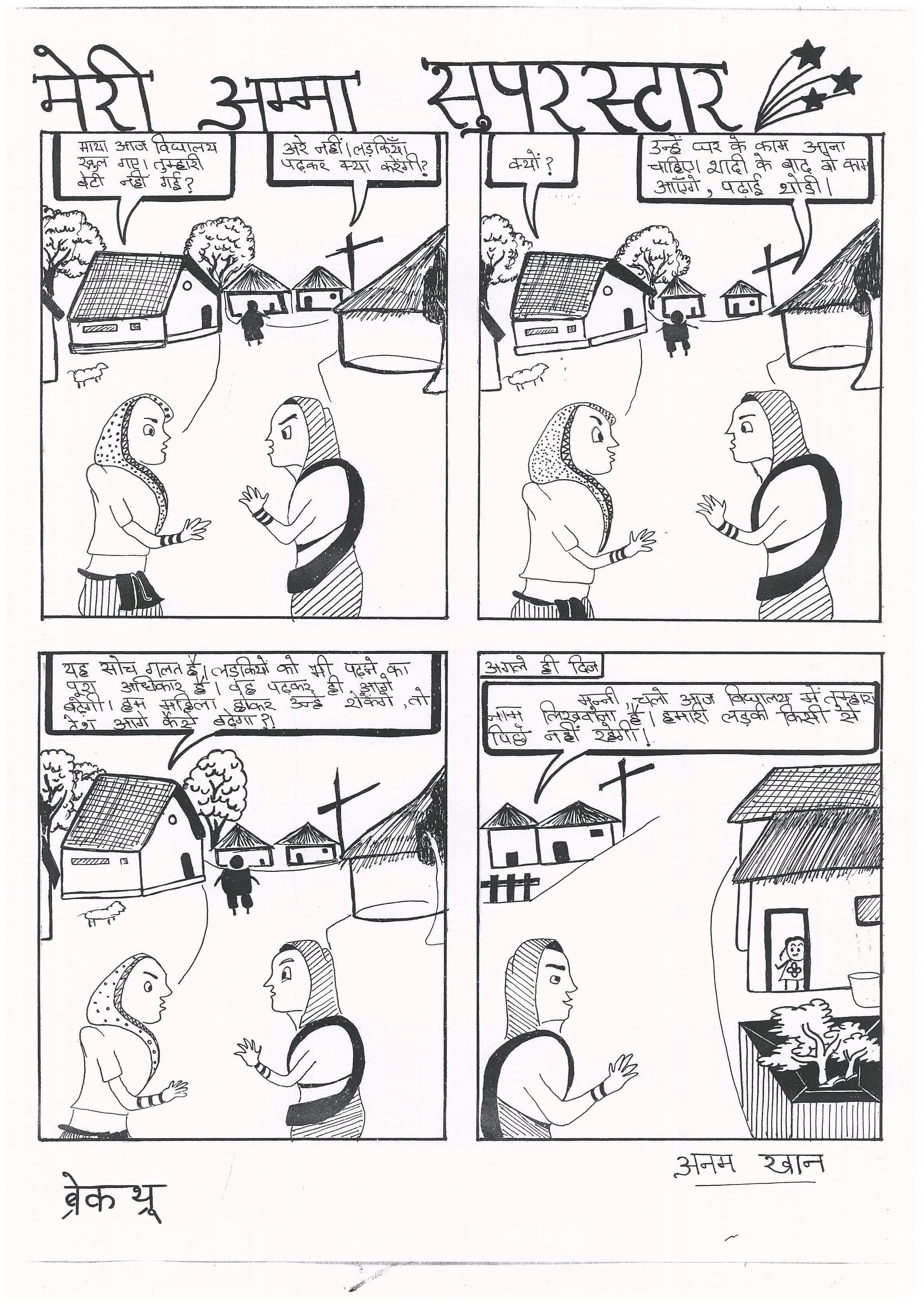 After 5 days of hard work the participants not only came up with 23 comics but also 7 community newspapers. It is hoped that these ‘Roshan Taras’ will use these skills for starting conversations around social issues in their communities. The simplicity of the medium and the ease with which it displays complex realities makes it an excellent tool to be used by these adolescents for talking about important issues with their community.