Can We Please Stop Expecting Women To ‘Do It All’?.

Divya: “What happened? Why do you seem exhausted even in the lockdown? And there is supposed to be more time to rest now! Hahaha. No, I’m just kidding.”

Nupur: “Of course, it sounds very funny. The truth is, I am not just an employee in my workplace. I’m also a mom to a toddler, and childcare is something assumed to be a department solely for us women!”

Divya: “Oh! Sorry for being lame. I agree with you, just dividing your time between the job and the family chores seem unending and this has become more difficult since the lockdown was declared.”

The above conversation is real and relatable for many of us as women. Watching my mother, a homemaker, shuffling from kitchen to dining table to garbage disposal van to online grocery shopping has been a revelation.

In fact, consider housework and childcare. Childcare is not included in most estimates of housework but still constitute significant investments of time and energy. For example, while a measure of housework normally would include estimates of time spent preparing meals for children (under a general estimate of time spent preparing meals), we fail to include time spent working with children on homework or helping children get dressed for school. These latter activities are gender-associated and most of the time, this is something that mothers themselves fail to realise.

I am not saying that all men do not contribute to childcare but the proportion seems quite disappointing. Though research now suggests that men have increased their time spent on childcare (Darling-Fisher & Tiedje, 1990). However, we have to ask: is this increase in time spent by men on childcare or just limited to being a ‘helper’? Think about our childhood memories: who was there running behind us to make us eat, who helped us dress up and run for school, who prepared lunch, was there to listen to us? In my case, it was my mother, who worked day and night but of course, that work isn’t considered as contributing to the GDP of our country! But at the same time, there were my friends’ whose fathers used to do these things and I salute them for breaking the gendered notions of childcare as the only ‘work’ for women.

The unequal distribution of care is holding back women and girls from advancing in other areas of their lives.

As someone from Human Development and Childhood Studies, I can tell you that care and well-being is a prerequisite for the early years of an individual’s life. The mother is the primary attachment figure and the initial bonding between the mother and child lays a strong foundation. However, love aside, too much of the responsibility for childcare falls on women, especially those who are poor and vulnerable. A lack of care is also damaging children where mothers are pushed to their limits by the twin demands of caring and providing for their families. The unequal distribution of care, because it is both time-consuming and resource-intensive, is holding back women and girls from advancing in other areas of their lives.

This intrigued me to such an extent that I looked up recent statistics regarding the unequal distribution of work done and the neglect it often entails. Oxfam reports on how invisible the issue of unpaid care work is, with it being done primarily by women and girls. In India, women and girls put 3.26 billion hours of unpaid care work daily – a contribution of at least 19 trillion a year to the Indian economy. Unfortunately, this ends up being measured as a symbol of ‘love’ and stereotyped as something that must be only done by women.

It’s not that the men are not willing to contribute and take the role of childcare. I have seen a lot of women who have never tried to even ask their partners for this and end up bearing the brunt all alone. This is where the role of the state comes in, with measures to provide support to families and especially mothers. And this needs to definitely include special attention towards the marginalized and struggling single mothers.

If we look at the international declarations, Article 25 of the Universal Declaration of Human Rights states that: “Motherhood and childhood are entitled to special care and assistance”. Building on this premise, the Convention on the Rights of Child specifically states that: “To ensure to the maximum extent possible child survival and development, render appropriate assistance to parents and legal guardians in the performance of their child-rearing responsibilities and ensure the development of institutions, facilities, and services for the care of children”.

India now stands among the top sixteen nations providing the longest maternity leave and the third single largest after Norway and Canada.

With that in mind, in India, we have the Maternity Benefits Amendment Act, 2017. The Act applies to all women workers who are employed in both the organized and unorganized sectors if the establishments are covered under the Act.  The Act has also been pivotal in shaping up a whole new policy for providing crèche facilities to the children of working women i.e. every MNC with at least 50 women employees need to open a crèche for children of women working there whether in their campus or nearby. The Act also extends an exclusive opportunity to working women to work from home, with a single mother or those with an adopted child being entitled to 12 weeks of paid maternity leave. With the number of paid leaves increased to 26 weeks, India now stands among the top sixteen nations providing the longest maternity leave and the third single largest after Norway and Canada.

At the same time, there are pushbacks. There are those that say that the Act may hinder future employment opportunities of women. At the same time, there are those who call for equivalent paternity leave in India. Let’s talk about the latter. Paternity leave, in general, is a short period of leave for the father immediately following the birth of his child. It is intended to encourage fathers to assist mothers in recovering from childbirth to take care of the newborn and other children, and to attend to other family-related responsibilities. A recent OECD study carried out for four countries—Australia, Denmark, the United Kingdom, and the United States— has shown that fathers who take leave around the birth of their child, especially those taking two weeks or more, are more likely to engage in childcare-related activities when the children are young.  In India however, the Paternity Bill 2017 is still pending to this day.

To conclude, having a child is truly a moment to be cherished for many couples. However, it’s never-ending labour and a collaborative process, and this needs to be acknowledged by both men and women. Childcare is more than just engaging the child. For me, ideal childcare is without any social stigma attached and unbiased, ungendered and a project that one can take on in their life.

Also Read: In Banda – Men May Not Work But Women’s Unpaid Work Has Spiked Up 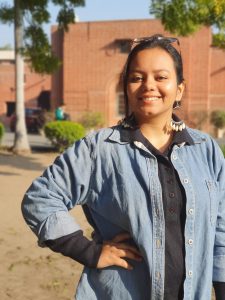