The Women Farmers Battle A Pandemic On Top Of Systemic Exclusion.

Just like the migrant worker, the image of the farmer is always thought of as a man. In times of Covid-19, Khabar Lahariya maps rural Uttar Pradesh’s ‘mahila kisans arduous journeys from ‘Lockdown 1.0’ to ‘Unlock 2.0’

The wheat field shimmers golden. Ripe for harvesting, it sways with a gentle wind even as the legendary heat, like an unwelcome guest, has just about started to make its presence felt. Five or six women farmers scattered in different parts of the field crop and bundle stalks, quietly and efficiently, readying them for threshing.

On any other April day in any other year – these are the scenes that make for picture-perfect political campaigns and international communication campaigns when the messaging is around how farmers are the backbone of our country. Except we are in the midst of the biggest pandemic the world has seen in recent history. Under the government’s orders to stop work for two months – the wheat field in the Mahoba district of Bundelkhand is anything but a haven. We follow rural UP’s mahila kisans (women farmers), already battling unequal pay and a host of other battles – through the unrelenting heat of April to the unrelenting rains of June, from the wheat fields to the betel leaf farms – while the world outside stays gripped by the pandemic.


The Epidemic Diseases Act, a colonial law dating back to 1897, was in place in most Indian states from April through June 2020, in order to stop the spread of the virus. But while those better off in the socio-economic strata were all indoors, safely cocooned in housing societies and bungalows, hoarding ration and vegetables, learning new ways to upskill on LinkedIn – the central question that hung in the air in the rural interiors of the country was – can farmers work from home? The farmers who are facing dire survival yet again, who have no option, no back-up plan, and yet it is them and their skills that we’re relying on to get us through the many uncertain months to follow, without the possibility of starvation looming large on our minds.

As the death toll keeps increasing, there is no clear action plan we can all agree on as effective. Meanwhile, the world is waiting and watching. Well, maybe not everyone. For Bundelkhand farmers, even with the lockdown, it was business as usual. “We have a farm – if we don’t harvest the crop, how will we eat?”, says Geeta, a farmer, assiduously working sans mask. After taking a moment to cover her face with her gamchha, her voice rose an octave when asked why she was still out working. “Are you suggesting that we don’t? I have to earn money to eat.” Geeta claims she doesn’t really know anything about the virus and almost dismisses them in the manner one would a fable or suspicious lore.

Farming has always been a woman’s game in India. They are the silent, unacknowledged backbone that tirelessly work in extreme and inhospitable conditions. Most of the non-mechanised farming activities such as sowing, winnowing and harvesting are solely done by women labourers. Recent statistics released by the University of Maryland and the National Council of Applied Economic Research state that women constitute 42 per cent of the agricultural labour force but own only 2 per cent of agricultural land.

“My family is here but they are resting. The sun is too much for them”, says Bhuri. She, as well as the other women farmers, continue working. An unidentified young farmer explains that the resting members are older, and anyway, the government has asked them not to step out. The women work from 10 am to 8 pm. “Majboori hai humari (We are completely helpless)”, she says. For them, this is a crucial time of the year – the year’s survival depends on what they are able to successfully harvest. “We are on the farm from morning till evening. We don’t have time to get to know of these things”, adds Geeta.

It is not the same for everyone. Maya, another farmer, does know that covering one’s face is important and also that one shouldn’t stand too close to other people if they don’t want to fall sick. “We are following the government’s orders,” says the young farmer when asked whether they leave home together or separately, but social distancing rings a different note here – “maybe one or two people step out of the house together, the rest of us follow one by one, keeping some distance from each other.”


As for their workplace, they each take a slightly different corner of the field to maintain distance. The pokhars in the field are used to wash hands. “We use the mitti or if there is soap, we use soap to wash our hands. We are poor so we make do with what we have. The government can say that it will get us these things, but we probably won’t get them”, says the young farmer, almost matter-of-factly. “Yes, I wash my hands,” says Geeta vehemently, “When I have money, I even buy Dettol soap and I wash my hands with it.”

Some tractor and farm equipment companies have issued free-usage orders for UP farmers specifically for the rabi season – a move that is not entirely beneficial for farmers with small land-holdings, such as the women farmers of Mahoba. They have no idea of the aid they are eligible for. None of them had ration delivered to their doorsteps. There is a telling silence before Maya finally answers when asked where she gets her vegetables from. “We cook a simple dal or something.”

Making do with less is not a new situation for them. “We bought a few things, there are some things that we already had. We will make do with that till we can. After that, we will stay hungry. What’s new in that?”, she says. The ongoing pandemic has nothing on what the farmers have been battling all their lives, including starvation, malnutrition and lack of basic amenities such as sanitation. This year has already brought with it multiple whammies of a health and migrant crisis, along with unpredictable weather and locust swarms destroying crops and farm livelihoods.

Farming has always been a woman’s game in India. They are the silent, unacknowledged backbone that tirelessly works in extreme and inhospitable conditions.

The Prime Minister’s addresses keep hailing the hardworking farmers of the country, announcing new schemes and free ration under the ‘PM Garib Kalyan Yojana’. “I have no idea about these schemes of ration, vegetables and money transferred to accounts,” says Bhuri. Another blames corruption – “Anyway, the people on the top will take everything. The poor and illiterate don’t know their rights and have no idea what they are entitled to. The government can say many things but they never really reach us, they don’t come themselves to check on us, to ensure that we have food. We could die of hunger and they wouldn’t even know.” “We survive on what we grow”, the young farmer says, “If markets are shut, then what we harvest is what we will use to survive. That’s how it is.” The swaying fields bend to the blowing winds, perhaps in desperate surrender.

Belasiya, a farmer from Chitrakoot, says she’s been farming for almost 35 years, ever since she started accompanying her father to the fields as a child. When asked if any part of the land is in her name, she almost scoffs at our query. “Of course it’s in my husband’s name. What will I have to my name?” she states rhetorically. According to the 2010-2011 Indian Agriculture Census, rural women do 75% of the farmwork, yet own only 12.79% of farmland. Out of this, only 10.36% of the land is tillable. The government announces many schemes for farmers but those do not benefit women such as Belasiya as the majority of farmlands aren’t in their name.


Mahoba’s paan is famous all over rural UP, but the women who harvest these betel leaves aren’t reaping the profits. Our senior reporter Suneeta visited some women working on a paan farm in Mahoba. Phoolarani, a farm labourer, earns a meagre Rs 150 toiling through the day from 9 am to 6 pm in one of the betel leaf farms, sitting on their haunches with only a 30-minute lunch squeezed in between.

“It’s back-breaking work and not even enough to feed my family. These days I feel like leaving this work and finding something else,” she says. The lockdown and rains have severely affected paan sales, further reducing their access to the means of production. “If I had my own farm, it would be different. Everything has become so expensive – the rent, kerosene, farm equipment, diesel etc., that we have no choice but to do khet mazdoori (daily wage farm labour)” adds Phoolarani.

Maiki, an older farmer, says she’s spent the entirety of her youth growing and harvesting betel leaves. Her family enjoys eating paan but it never caught her fancy. Our reporter notices the farm filled with only female labourers and Maiki is quick to point out that the “Maalik prefers us as we do the same work for Rs 150 that men charge Rs 200-250 for.”

Equal pay for equal work, and a land of her own — that’s the dream for India’s mahila kisan.

Also Read: Domestic Violence Cases Continue To Spike. But Who Is Listening? 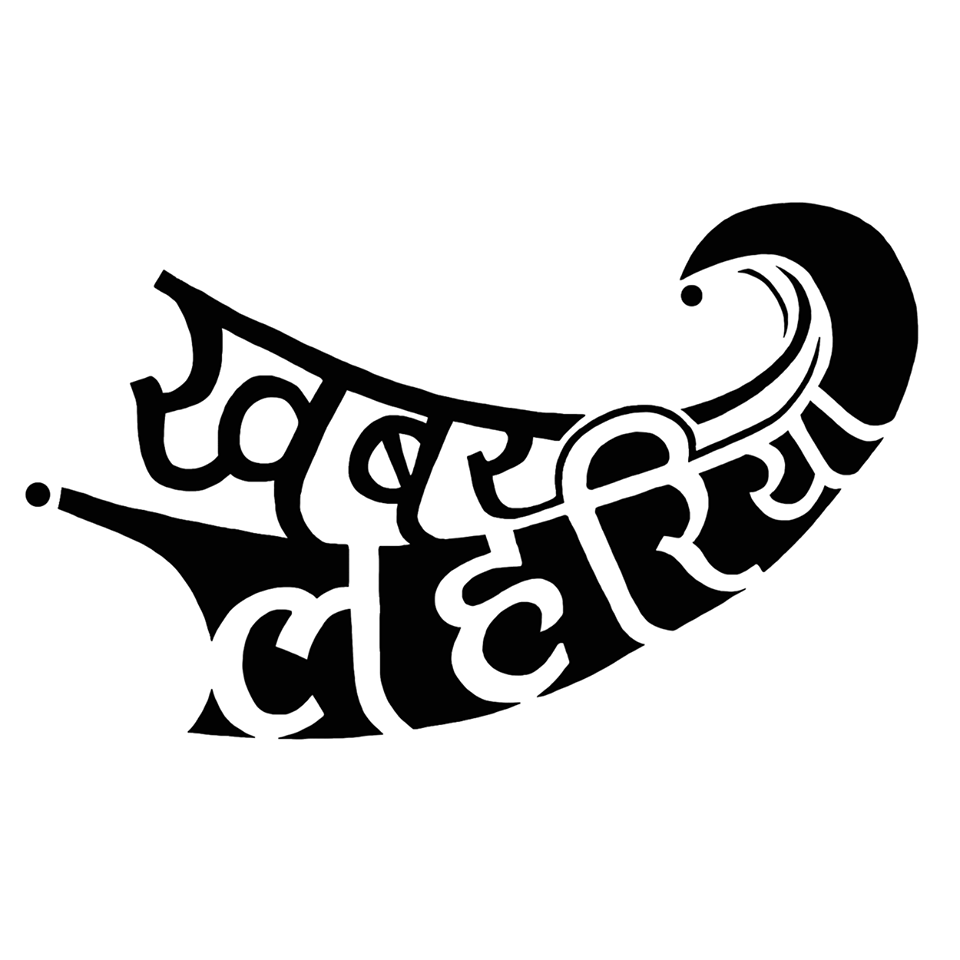