Are Women Being Heard?.

We have often heard the phrase ‘lost in plain sight’ but I have often witnessed voices/concerns lost in plain hearing. Have you? Have you noticed some people either completely deny hearing the words you said or refuse to take cognizance of the issues you are raising? They would do anything, from pretending to be busy to calling you too soft, too loud, too hassled, too timid, too whatever. This often happens when one decides one does not want to hear the fact for reasons unknown, or that they have decided in their minds that the one relating the concern is not important enough to be heard.

(As kids when we used to talk to our father, he would be immersed in reading the newspaper. He couldn’t even hear us. We sisters would keep asking, “Did you hear? Did you hear?” We understood this to be selective listening much later when we started noticing that in those moments, when someone from outside the house would call him, he would respond immediately. They do not hear your voice, because they simply do not want to listen to you.) 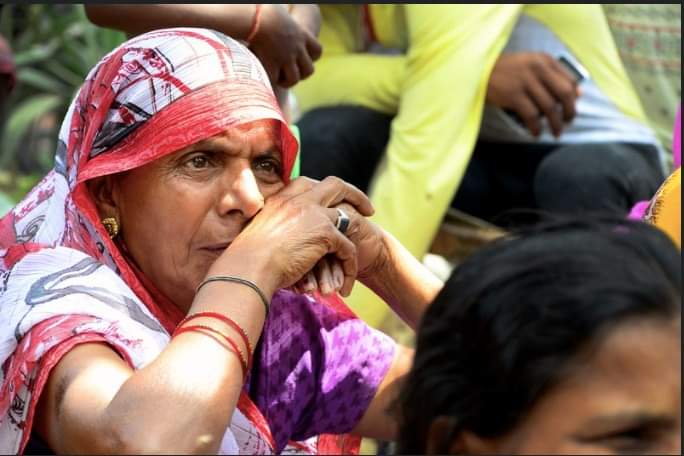 You feel neglected. You can see that your words mean nothing. You fall silent. Or you try one last time. You cry out loud if you still have the capacity after years of emotional neglect. But what happens if you choose to show your pain? Then all of a sudden, they become avatars of calm and say, “Oh no! Not again! Have you had your lunch today?” or “Is it that you are nearing menopause?” or “Is it that time of the month?” or “Have you got your blood pressure checked recently? Did you have your BP medicine?”

You keep raising your voice to get heard, forgetting that it is not their ears but their hearts that are closed by prejudices, stereotypes, or plain insolence. आप हैं ही कौन जो आपकी सुना जाये? (Who are you? Why should we even listen to you?) I say ‘plain insolence’,  because I want you to notice the power play when that kind of selective hearing happens. Look at who is not heard. Look at who is playing the deaf, the calm-Buddha, the सर्वज्ञानी (the ‘know-it-all’). Let me answer: The one whose life is not affected by the discomfort of the one who is speaking.

Think of a child talking to a father. Think of a Dalit person talking to a landowning Brahmin. “आज चढ़ गई है क्या?”  (Are you drunk?) And this is also exactly where gender plays such a big role in a patriarchal society. Women are not heard because their discomfort, their worries, their pain, both physical and mental, add up to nothing to the male member who they are trying to talk to. This is exactly why women are asked if they are menstruating or nearing menopause if they try to talk to their spouses about some nagging problems at home.

Women are not heard because their discomfort, their worries, their pain, both physical and mental, add up to nothing to the male member who they are trying to talk to.

Let me illustrate this with two recent instances from our work. The first one took place in a school in Karnal. In a classroom in a middle school, we asked every adolescent present if they knew what their sisters and brothers loved to eat the most. We were having a session on better communication inside families. We asked: What was their siblings’ favourite food? (आप के भाई या बहन का पसन्दीदा खाना क्या है?) Almost all the girls could tell what their brothers like to eat. However, the boys could not answer, with the exception of one boy who said, “My sister loves sandwiches!”

How do you know that, we asked. He said, ” पता कैसे नही होगा? बहुत कलेश करती है!” (How would I not know? She fusses a lot!) he said. Everyone laughed in the class. We hoped the girls present in the class would get the idea, but they seemed to be in deep contemplation. Did they think their brothers sitting in other classes would know what was their favourite food? No! “हम बोल ही नहीं पाते हमे क्या पसंद है! बोलने पर भी हमारी सुनता कौन है?” they said. (“We are not able to speak about what we like! Even if we speak, who will listen to us?”)

Another team from my organisation was in a village recently and women who came for the meeting were encouraged to sing a song after our team sang one, so that everyone feels like a part of the process.

The song suggested by the team was not a song the women present knew and so they sang a different song. Our team members were on the verge of tears listening to the lyrics of the song, which was apparently sung at weddings. In this song, a girl kept talking about the pain she endures at the hands of her husband, but she can’t tell this fact to anyone. Why? Because upon hearing the physical and mental abuse she goes through, her father would say ‘go back to your own home’ (now her husband’s house), her mother would die crying, her friend would just talk to other people about it and would not empathise. They concluded the song by saying the girl could only talk to Sadguru/God about her pain now. Our team sat motionless for some time. 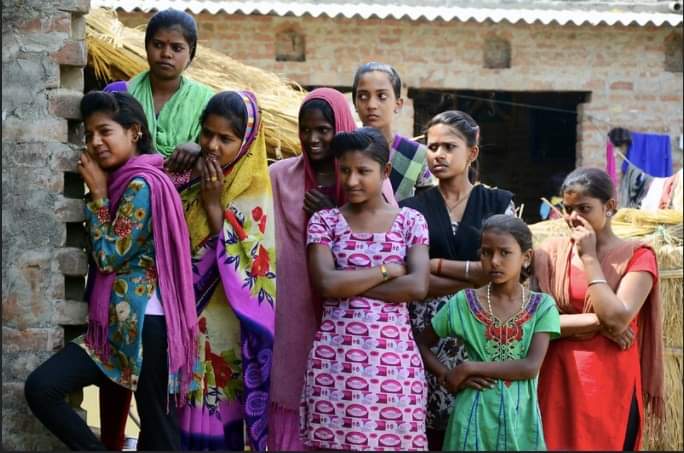 He did not hear it. None of the words reached him. He was there when that moving song was sung by the women of his own village. They were not hushed. They did not sing in an unknown language. But he still did not listen. He did not even think it was worth paying attention to.

In villages when we meet women in meetings who are too silent, we often ask her if she would like to say anything. Many times a man from behind says, “इसे कुछ नही आता जी! ये कुछ नही बोल पायेगी! ये नही बोलती!” (“She doesn’t know anything! She won’t be able to say anything. She doesn’t speak!”)

ये नही बोलती? या आप नही सुनते? (She doesn’t speak? Or you don’t listen?) We often say this in our heads as we prod the woman further to talk, ignoring the man completely. This is our only chance to use selective hearing, after all.

She doesn’t speak or you don’t listen?

To conclude this train of thoughts, I would like to say: if this selective hearing continues, then my only hope is when those adolescent girls from the classroom finally start shouting their hearts out at my age, or (hopefully) much before, when they say “मेरा तो मन है आग लगा दूँ ऐसी दुनिया को!” (“I feel like setting this world on fire!“), no one asks them if they are hungry or if it is “that time” of the month. Because no one is voiceless unless you systematically suppress that voice with selective hearing.

Nayana Chowdhury
Nayana leads the Programs at Breakthrough. She comes with over two decades of experience in the development sector. She has a Master’s in Social Work from University of Delhi and has worked on rights of Dalits and Tribes in the grassroots in India. Nayana is a passionate gender rights worker who has had the opportunity of working with reputed philanthropies such as IKEA Foundation and Tata Trusts as Grant Manager overseeing multi-state/multi-country grants. She has developed, implemented, managed, monitored, and evaluated programs with focus on marginalised groups in Asia and Africa. She has also been a trainer-facilitator focussing on human rights in an international human rights’ organisation. She has always pushed the boundaries of her formal job-description and walked the extra mile to get most out of each development intervention that she has led.
Subscribe.
Receive a bi-monthly update on events, campaigns & other news that interests you.
Categories.
Contribute.Write for us, become a contributor to the Breakthrough blog.
Connect.