Here Are 10 Series With Powerful Women Leads We Should Know About.

I just finished a brilliant action series, and we must talk about it!

We are flooded with content and in this flood, it is easy to miss out on the power of hope in animated series, something which I found in Carmen Sandiego. We disregard animated shows as something meant only for children, but maybe it is time to take a step back and think about why that is the case. Is it because they are too ‘ideal’? That they make you stop and step out of your boring, everyday life and make you believe that anything is possible? Or is it because they break the formula of the stereotypical male-oriented, action drama plotline, with the lady in red herself saving the world?

It can’t just be that we disregard it because it’s animated. For the audience that takes the toxic masculinity of Bojack Horseman seriously, I’m sure we do realize that animated series can tell great nuanced stories. Then why is it when it’s a woman who becomes a vigilante trying to find the truth about her past, suddenly we become too grown up to accept it?

It is so natural for us to discard plotlines that go against a normal we’ve been conditioned to accept, that heroes like Carmen slip through the cracks amidst Netflix recommendations. These auto-generated recommendations, for instance, are also the result of an algorithm that tries to assess what kind of shows you would like based on the kind that you watch the most. It is a self-reinforcing loop, an echo chamber. An echo chamber defined by the limitations of your own mind that stops us from seeing a woman in a place you rarely see her: right in the center of all the action.

The show has little informational tidbits seemingly for 13-year-olds, but it is all too evident to me why they believed that only 13-year-olds would watch it. It is sad that content creators have accepted the fate of shows like Carmen Sandiego. They know that the generation that grew up believing only Tom Cruise could scale buildings and still be a dynamic man with complicated backstories would not accept a woman as an action hero. Their own conditioning and subconscious gender biases would stop them from even viewing the trailer, let alone watching the show.

Watching it now as an adult, it gives me so much hope. It is wonderful to see a woman as a serious action hero, stealing from thieves all over the world, being chased by another woman who is an agent with Interpol. I think of all the young people who will grow up watching this and believing that anyone could live any plotline, regardless of how much action is involved or what their gender is expected to do. The girls would grow up believing that they could be heroes (and not just wait for heroes) and the boys would grow up knowing that women are heroes too.

Yes, we are a long way from completely discarding gender and believing everyone is a hero, which honestly would be ideal but until we get there, we can at least break the pre-existing notions of heroism as something only for men, and make room for everyone who wants to be a hero!

Until then, here are some TV shows that you could binge on while you think of movies where women were not reduced to caricatures or trophies for the men after they are done fighting the bad guys:

The ultimate cat-mouse chase between a nearly psychopathic serial killer and an obsessive cop; both of whom, by the way, are women. It is written by the absolutely genius and genuinely hilarious Phoebe Waller-Bridge, who also wrote Fleabag.

Alison Brie playing an actor who is boxing or a fighter who is acting, you’d never know the difference.

3) I Am Not Okay With This on Netflix

A cute and powerful story of a girl who is coming to terms with losing her father and also the fact that she has superhuman powers.

4) Dead To Me on Netflix

A thriller-comedy with two women deceiving each other and themselves. Raising kids, finding killers, hiding dead bodies – there’s nothing this friend duo doesn’t do together!

Marvel magic! A woman with super-strength fighting back against a mind-controlling evil man. Need I say more?

6) Rizzoli and Isles on Amazon Prime

7) Orange Is The New Black on Netflix

Set inside of an American prison for women, the nuance, the friendships, the rivalry –  it’s all worth it.

Small town, big crimes, and an even bigger mystery. I cannot say more about this without spoilers.

One woman at the center of a house full of dead bodies and she has no memory of what happened. Some believe she masterminded it all, while others think she’s a true amnesiac. What do you think? Watch it till the end to know why it is on this list.

10) How to Get Away With Murder on Netflix

A criminal lawyer and her students navigating the art of getting away with murder. Be warned, it kind of derails after the first few seasons but the beginning is powerful.

Also Read: 6 Indian Feminist Songs We Should Listen To This Weekend 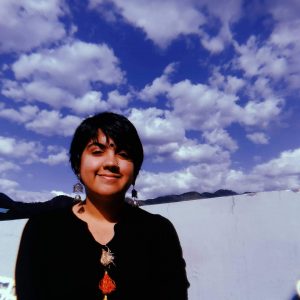 Ojas Khurana
"I would like to live in a world in which history includes everyone, talks about everyone, not just those who have the power to control it. As the dreams of my ideal world keep me awake, I try to write stories that exist everywhere but are spoken of nowhere." Ojas is a volunteer with Breakthrough.
Subscribe.
Receive a bi-monthly update on events, campaigns & other news that interests you.
Categories.
Contribute.Write for us, become a contributor to the Breakthrough blog.
Connect.