The Tales Of Whataboutery: Quit Changing The Topic Please!.

“What about men who get raped or abused?” “Why do we need the reservation system when we are way past the caste system?”

As an individual, especially as a woman who also happens to be a feminist – these are such regular statements one has been subjected to. What is enraging with statements like these are that cases of men being abused are used as a comeback or as a counter-argument whenever there is a mention of violence against women and girls. Unfounded allegations of Savarna Hindus being ‘deprived’ of equal opportunities because of reservations are used as a counter-argument when there is an entire movement pushing back against the discrimination they have been facing because of the oppressive caste system.

This needs to be pointed out because if it is only in the context of addressing caste-based violence and discrimination, as well as violence against women and girls, then there is a huge structural failure happening – which needs to be fixed.

This ‘Whataboutery’ is condescending and downright insulting to those from a vulnerable community who have lost lives or regularly experience being violated and discriminated against. They deserve justice and not a comparison or the deviation from the topic. Again, when we talk about the dominant community in that comparison, it is derogatory there too. Why isn’t it that we are talking about men being subject to abuse or sexual violence as a separate discussion, why just when we address violence against women? Because it adds an apparently negative connotation to their idea of ‘masculinity’?

Why aren’t we talking about men being dragged into false accusations as a separate entity, and not only picking up this topic when a woman talks about her surviving violence? Why is this Whataboutery a backdoor for men harassers to dodge complaints lodged against them? It is this Whataboutery due to which gender-neutral laws are still pending; it is because of this Whataboutery that actual survivors and victims of heinous crimes stay in the dark.

You see, that one statement of, “What about…?” condemns an entire movement and an entire population that has faced trauma. This Whataboutery is the catalyst or the starting point to this never-ending problem of “We need to condemn another movement to start ours”. The fact that you need to annul a movement to make space for yours does attest to the question – do you really need that movement then?

As we talk about the death of Rohith Vemula and how there was a surge in Ambedkarite assertion that demanded justice for him, the Savarna Hindus made it all about themselves by feeling sorry for themselves and by refusing to believe that the caste system is still very pervasive. The Hindu Savarnas used everything under the sun, as an upsurge of movements came up after Rohith’s death to not take the blame or own up to their own privileges, from feminism to mental health. 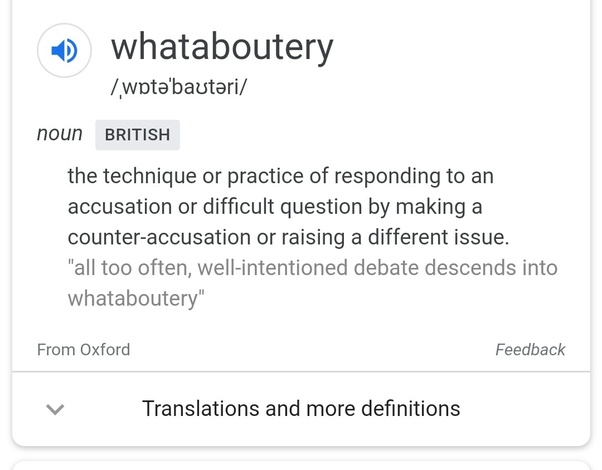 They rather blamed institutional apathy for the sake of it. This just shows how they are scared to give up their privileges. They fail to understand that the caste system is more than just persistent in our society today. They need to see that they weren’t killed, or abused, or paid less, or treated like a second class citizen because of the caste they belong to. The same applies to these misogynistic ‘Men’s Rights Activists’.

Nullifying an entire movement, or condemning an entire community of people because they are fighting for a cause that gravely affects their lives at the present moment with statements like these (just because it doesn’t talk about you, or maybe endangers your privilege) is the problem and we need to recognize it, and we need to do that fast. All these counter-arguments that sew the tales of Whataboutery brings us to one conclusion – that equality is not a pie.

Equal rights for a community doesn’t mean fewer rights for any other person who has them. That is not how the system of equality works, or should ever work. In this ever-evolving world, we are already fighting everything from casteism to racism to sexism to an almost dying planet, and this already has put thousands of lives at risk. By digging this well of not recognizing someone else’s trauma with insensitive statements of comparison is the last thing that we need. We need to stop it now.

Arundhati Agomacharyya
"I am a 19-year-old, who brims with feminism, indie and jazz music. Oh! I dabble in writing sometimes." Arundhati is a volunteer with Breakthrough.
Subscribe.
Receive a bi-monthly update on events, campaigns & other news that interests you.
Categories.
Contribute.Write for us, become a contributor to the Breakthrough blog.
Connect.