How I Saw Covid19 Force The Patriarchal Gaze Inwards.

Just prior to the lockdown, I was to deliver a guest lecture at the Goa University Women’s Studies department. A Professor from GU, Nishtha Desai, heard me speak one evening at a symposium about what it is to be a single mother in India, and how my mental illness was a backlash of the collective unconscious of Indian society. Something that I said about how I felt invisible in Indian society as a single mom, had resonated with this Professor and she met me after my talk to offer me an opportunity to speak to young people at the University.

In my talk at the symposium I was laying the responsibility of the depression that I have struggled with squarely where it belongs – on the mindset of a misogynistic/patriarchal culture that had rendered me invisible for one and only reason: that I had dared to get divorced and be a single mother, especially when society had, in no uncertain terms, decreed that a woman making such an audacious decision will not be tolerated.

I had to deal with losing friends, because Indian society has raised its women to feel insecure about themselves and about the relationship they have with their spouses. Married women did not want to entertain a single mother in their homes anymore. I was stoking the insecurity of their patriarchal mindset just by being myself – an attractive single woman questioning the collective madness of a culture in which I had to wrest the power of making a choice about my life from society, so as to be able to live my life on my terms.

I had to deal with going to a gynaecologist who asked me why I needed an IUD when I was divorced. In doing so, she was saying what society had conditioned her into believing – that the only respectable way for a woman to have sexual intercourse was when she is married! I had to deal with a “progressive, alternative” school asking me for a meeting with the ‘father of the student’ when, at the time of admission, I had shared that I was a divorced, single mother bearing the sole financial responsibility for my child. I had to deal with a landlord who said that if I rent his apartment, I cannot have any men (other than my brother or father) over at home. I had to listen to a man whose designation read ‘Vice President, Marketing’  tell me at an interview I attended, that although I would be a great asset to the company, he cannot hire me because he is attracted to me and that on principle, he does not sleep with the women in his team. He assumed that, as a single woman, I would be flattered by the attention I was getting. And as a married man, his moral integrity was not in question here.

I told those who had gathered that evening that my depression was an individual manifestation of the collective unconscious.

It is not that I was not taking responsibility for my mental illness; I was in therapy, I exercised every single day, I meditated and I sang as a part of the Goa University choir. And yet I felt an existential exhaustion that can only be explained by swimming against the tide over a long period of 15 years.

I spoke to them about how I had come to experience my life as a woman in India – the status that I was accorded in my Hindu1 family, first as a young single woman, next as a married woman, then as a mother, and lastly as a divorced woman.

It was only when I witnessed a wedding in the family a few years ago that the various confusing images of my past fell into place. I could make sense of those memories and understand it for what they were – patriarchy.

The bride at that wedding was raised by a single mother (a widow). That widowed woman, the lady who had raised and educated a young woman in 21st century India was told by priests to not come anywhere near the bride and the groom during the ceremony. She was excluded from participating in her own daughter’s wedding and a man (her brother) was being asked to perform the rites. Her daughter did not say a word about this. The woman herself did not dare question the priest. The patriarchal values are cemented by women who are complicit in upholding these misogynistic beliefs!

This extended to me too: many of the rites that are performed by the women in South Indian Hindu marriage ceremonies are only performed by married women whose husbands are still alive. These married women wear bangles and bindis and other accoutrements that signal their marital status. A group of middle-aged to older women are called to bless the couple. I was not a part of any of these. I was excluded and it was done as a tacit agreement between the other women. No words spoken to convey that I was not welcome and no words spoken to invite the ones who did go to bless the couple.

As a young girl of about 18 years, I remember attending weddings of older cousins and being invited to be in every single photo taken on their wedding day – and I was baffled by this at the time. Why would I ‘photobomb’ the pictures in this manner? But I was not really doing that (I was too shy to push my way into photographs like that) – it was that tacit agreement again that was in place – the extended family took pride in “displaying the next available woman of marriageable age” to the rest of the community.

What I witnessed that day when the widowed mother was excluded from her daughter’s marriage ceremony by other women (this power bestowed on heterosexual married women by a patriarchal system) is in fact understood by every strata of Indian society. Every woman understands this structure irrespective of literacy levels, socio economic status / caste / religious backgrounds and toes the line quite unconsciously due to internalised misogyny.

The lecture that I was to deliver at Goa University has not yet taken place because of the nationwide lockdown, but what has happened is a change in the collective consciousness of the society. The collective trauma has brought about a change – a change that I was sure could only happen only when an entire generation of the Indian population was dead!

Let me share the new narrative and how it is playing out:

Lockdown has made everyone stay out of sight. The “external gaze” that was on me, as a single woman living alone, is averted. Covid19 has forced that gaze inward. Men are staring at a very real possibility of being laid off and the loss of self confidence that that brings to a person, not to mention, the fear of an uncertain future, leaves no mind space to enforce the patriarchal diktat on a rebel.

Women are dealing with caring for their spouses, children, in-laws 24 hours of the day, 7 days of the week and it is therefore giving them very little time for themselves. The household help is no longer available. The men in their lives are not helping with household chores. Humorous memes that are doing the rounds on social media clearly point out the dysfunction that most marriages ignored prior to the pandemic.

Mental health crisis helplines have sprung up. They say 1 in 4 people will be dealing with some form of mental health issue because of the lockdown to contain the spread of the virus. People are feeling isolated and overwhelmed by uncertainty, inability to have any control over their life and anxiety regarding death. A collective trauma is, by definition, a trauma that everyone in the community (and world over) is facing.

And a crisis as big as Covid-19, the likes of which no one in the world has seen before, has shifted the landscape of feminism and the taboo around mental health in India. This has had a strange effect on me – I am no longer depressed. That the people in the society, collectively shut themselves in due to lockdown and were forced to come face to face with their shadow has allowed me (the individual) to share the weight with them. The virus acted as a catalyst to get people to face their shadow. And when people acknowledge the shadow, it can be incorporated in the whole as a blind spot made visible. My depression is lifted because from being a shadow2 aspect of the society (one they did not want to acknowledge), I am made visible (when others are experiencing similar symptoms and anxieties).

1I must mention here that the struggles of Dalit women, Adivasi women, Muslim women and those in the LGBTQ+ community is way beyond what I speak about as someone who is privileged. Their ordeals are exacerbated by human rights violations, and often not even visible in our society.

2According to Carl Jung’s theory – The “shadow” is a concept  that describes those aspects of the personality that we choose to reject and repress. Aggressive impulses, taboo mental images, shameful experiences, immoral urges, fears, irrational wishes, unacceptable sexual desires—these are a few examples of shadow aspects, things people contain but do not admit to themselves that they contain. 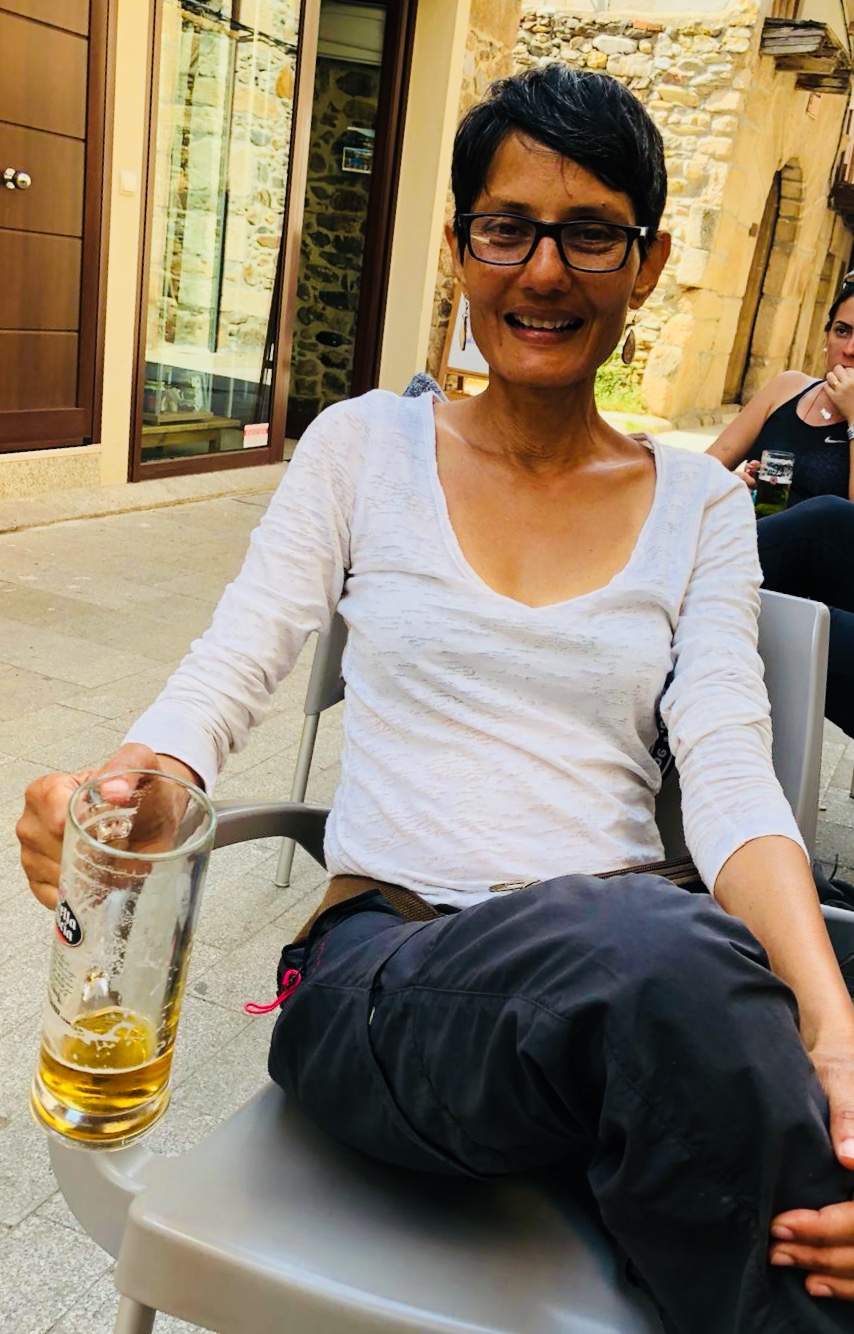 Bindu Vaz
Bindu started a petition and forced a policy change in India with it - the Maternity Amendment Bill, 2016 which now makes it mandatory for private companies to have a creche/day care facility close to an office for working parents with children.  She has also climbed a billboard 80 feet high, sitting on top of a barrel for 15 hours to get Indian/multinational companies to stop using banned pesticides in their packaged tea. She is a tai chi practitioner and more recently, is transitioning from running with shoes to barefoot running.
Subscribe.
Receive a bi-monthly update on events, campaigns & other news that interests you.
Categories.
Contribute.Write for us, become a contributor to the Breakthrough blog.
Connect.