Ragini has been working in the Durry Mill in Banda for years. As a disabled person, she has beaten the odds to find regular work that has helped keep her family afloat. But then the lockdown happened and with that came the loss of income and stability. “We paid 50 rupees to get the ration under government quota. But for a person who has no money coming in, even 50 rupees is a lot.”

The lockdown has been in place for over two months. The widespread loss of employment has affected metros to the smallest villages. But for some, the lockdown is going to hit harder than most. Women of rural and small-town India have already been patiently struggling for when economic opportunities will match their aspirations, but are now completely on the back foot, post-covid-lockdown. From access to employment to the wages they earn, rural women have always been at a disadvantage. Now, their livelihood has come to a crashing halt. There is no Plan B or security blanket that can help them tide over the Covid-19 crisis.

Khajra Begum has been working in the Durry mill almost since its conception. Starting from a daily wage of Rs 25, she now proudly earns Rs 126 per day. Or rather, used to earn. Almost two decades of employment has not granted her any employee security that will put food on her table in these troubled times. “We ask for help but you can’t keep going door to door. Everyone is worried, no one has anything to spare. Some days we just eat chutney and roti. We have no one to turn to, to share our plight with. What will we do by telling anyone what we are going through?”

It’s true, the Indian economy has bigger, more headline-grabbing troubles going on. India is entering its fourth, and worst, recession since independence. Till now, the Indian recession was often due to monsoon shock that hit the agricultural sector. With the advent of Covid-19, every sector is now suffering the same fate. CRISIL predicts a 10% irredeemable loss of GDP, making it unlikely that India will see pre-pandemic growth rates in the next few fiscals. So, it’s a stretch to expect that the concerns of the rural women labour population of India will be given any priority by a government that’s already shown its apathy to the stranded migrants – the backbone of its labour force.

The Indian women labour force has been historically underpaid and overtly exploited. There are very few opportunities for them, with an unemployment rate of 32% for graduate women in rural India. The wage gap exists at every level across the world, but in low-skill occupations, where Indian women comprise almost 70% of the workers, they actually earn just 69% of what the men do. The lockdown has hit this section the hardest, snatching away their few financial freedoms and the self-respect and social standing that came with them.

Earlier, these women were earning enough to put their children through school as well as run the household. “I would buy vegetables, buy whatever we needed in the house. Now we don’t have anything to feed our children except the ration from the government”, says Ragini. This can also increase their dependency on husbands and family, leaving them highly vulnerable.

Where Indian women comprise almost 70% of the workers, they actually earn just 69% of what the men do.

Many men, too, are facing unemployment and an uncertain future. But even at the best of times, women are likely to do three times the amount of domestic work than men. Even as lockdown 4.0 is phasing out most of the restrictions and the economy is slowly reopening, women will also find it more difficult to resume work as schools remain indefinitely closed and there is no equal division of work within the ‘unpaid care economy’.

There is an overall paucity of jobs in the market but compounded with this sharp increase in household responsibilities it will severely impact women’s labour force participation rate, which according to official statistics was fairly low (23% in 2017-18) even before the pandemic. Amid the multiple lockdowns and social distancing protocols, companies across the world have changed their ways of working.

In India, there have been more and more companies in big metro cities offering work-from-home jobs for urban women, says a report in the Economic Times. But can Mahoba’s rural women farmers choose to exercise that option? “We have a farm – if we don’t harvest the crop, how will we eat?”, says Geeta, a farmer, assiduously working, sans mask.

Farming has always been a woman’s game in India. They are the silent, unacknowledged backbone that tirelessly works in extreme and inhospitable conditions. Most of the non-mechanised farming activities such as sowing, winnowing and harvesting are solely done by female labourers. The inequities are systemic, as recent statistics released by the University of Maryland and the National Council of Applied Economic Research show that women constitute 42 percent of the agricultural labour force but own only 2 percent of agricultural land.

Even in tier-2 and 3 cities, the situation is hardly any different. Priya, a beauty parlour owner from Varanasi, has lost her only means of income as salons across the country have been shut since March. “For two days we ate only one meal and didn’t know what we would do next. Finally, our family came to our rescue. Right now, the only saving grace is that we are not going hungry. But there is no money to do anything else. I have to pay the online school fees for my child but we don’t have any money. Another child needs admission but all of that is on hold”.

People are not spending and experts say this lack of demand is going to hit the Indian economy the hardest, making any recovery from the pandemic that much longer. Additionally, the government’s much-hyped Covid-19 relief package does not provide any stimulus to encourage demand. In short, there is no money to spare for anything and the depressed demand will affect manufacturing to ensure such widespread job-loss that there will be no money coming in at all.

There is usually an increase in expenditure in the month of Ramzan but there was no scope for that this year. “Our budget is 10 rupees a day”, says Khajra Begum, who is now earning 200-300 rupees every ten days or so. “For sehri, I got some milk and made kheer. And broke fast some days with just chutney roti”. Chand Bibi, another worker in the Durry mill, is making do with what she has. The mill owner refuses to pay them their dues because he says he himself has no money to do that. The situation is indeed bleak for the small scale sector too.

Micro-industries like the durry mill, provide over 300 lakh jobs in the rural sector, comprising 51% of India’s micro-industry jobs. But they are probably not getting the help they need. Usually, the micro-industries, being too small, are not registered anywhere. This is a double-edged sword, which on one hand protects them from paying taxes, also keeps them out of a formal network. This means that these micro-industries will face a lot of hurdles if they want to get government relief regularly. The brunt of this is being borne by the labourers like Khajra Begum, Ragini and Chand Bibi.

Most of these women labourers have no social safety nets, and while the income dries up – the debts continue to accrue. Suman, another worker at the Durry mill, cannot afford any provisions except the government-provided ration. “I am asking for people to help. But I can’t even do that a lot, because if we step out, the police will stop us and threaten us”. From Priya in Varanasi to Suman’s house in Banda, their kitchens have empty plastic jars with barely any wheat flour or rice in them. “We are taking on debt which we don’t know how we will pay”, says Priya. The shop her husband runs is also closed. “Even if we were to open the shop for a day, the creditors come there first, asking for their money back. How are we supposed to pay anyone when we aren’t earning anything?”

Alongside clarion calls for Atma nirbharta or self-reliance, there is also a need to establish institutional support for these women who are seeing their hard-fought financial independence slip further away with each passing day of this lockdown.

Also Read: Meet The Brave Women Frontline Fighters Against Covid-19 In Rural UP 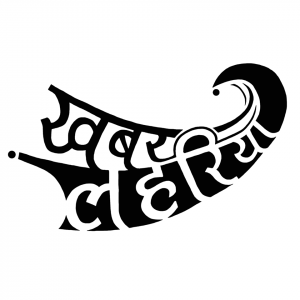