Being a feminist is not a tag, it’s a mindset. In the wise words of Maisie Williams – “I also feel like we should stop calling feminists ‘feminists’ and just start calling people who aren’t feminist ‘sexist’— and then everyone else is just a human. You are either a normal person or a sexist.”  So, here is a list of 7 fictional characters to whom I owe my feminist roots and beliefs. Hope they ignite a similar fire in your soul. 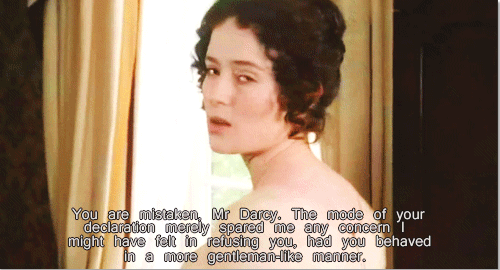 I was first introduced to Elizabeth Bennet when I saw Aishwarya Rai play a version of this character in the movie Bride and Prejudice and was acquainted with existing beliefs around gender and class inequalities.

Pride and Prejudice, being one of the most famous novels to ever exist, brought into limelight the discrimination that women faced not only at their workplaces or homes but also when it comes to self-expression. Elizabeth is an example of how women are gifted with wit, intelligence and complexities as well. She has shown me that women deserve much more than being someone’s wife, they deserve the freedom and opportunity to grow and change – just like men. They deserve the freedom to voice their opinions and have them be respected. She taught me that self-respect is the greatest virtue that a human being has and that one must strive to protect it at all costs. 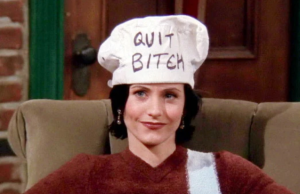 If there is one sitcom from the 90’s that I have a morbid fixation with, it is F.R.I.E.N.D.S. It is a show that has struck a chord with me on so many levels, one of them being its approach towards its characters. From Ben having two moms to Phoebe giving birth to her brother’s children as a surrogate – the show has an understated progressive outlook for its time. Among every one of them, the character who has been a great example for me is certainly Monica Geller.

Monica to me is a depiction of how women are not a one string fiddle. They can be fiercely ambitious at work and yet believe in having a fairy-tale wedding. They can be as devoted to their work as they are to their relationships. Monica is a symbol of how motherhood is more than the ability to give birth. From proposing to the love of her life to maintaining a competitive approach in all walks of her life including football and tennis matches, Monica has shown me that no matter where you are, what you do and who you are with, there is nothing in this world that can define you, except for yourself. 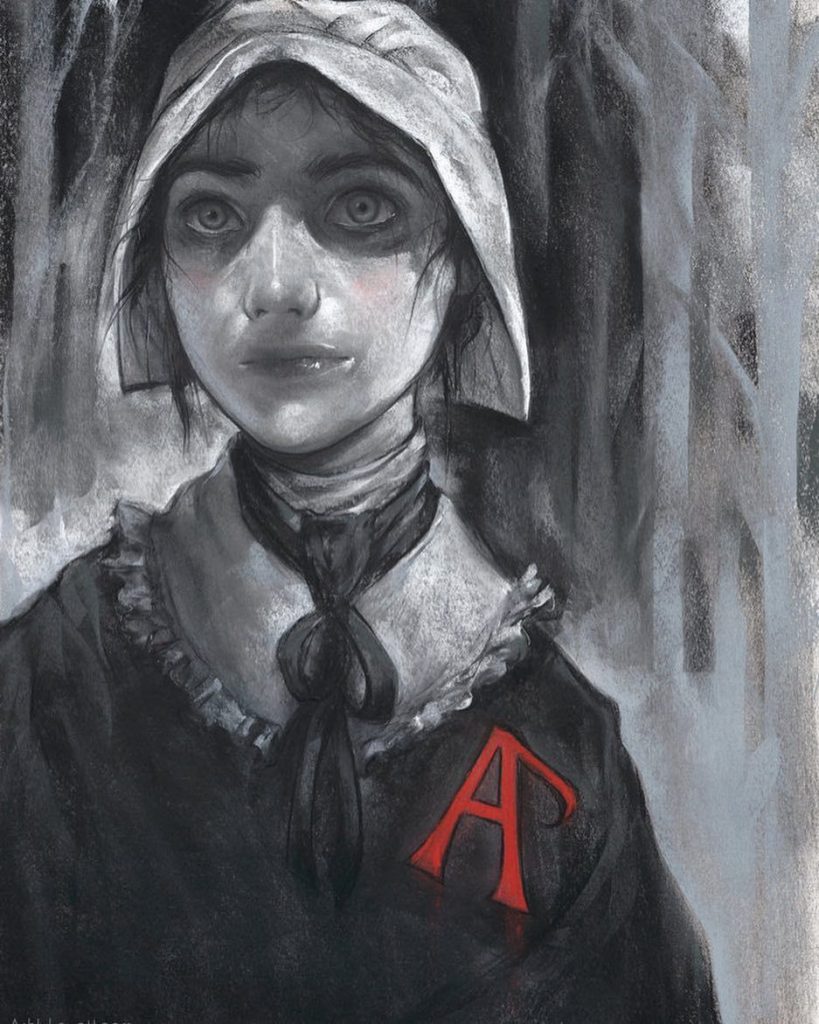 Heather Prynne for me is an illustration of the inner strength that a woman embodies. Often viewed as the ‘weaker sex’, women are deprived of the opportunity to make decisions for themselves. They are viewed as properties in flesh belonging to either their fathers or husbands. In the book, Hester Prynne is depicted as a woman with remarkable strength.

For me, Hester is the voice of hundreds of women who are shamed for their choices in life. She is the voice that reminds me that brute strength does not compare to one’s sense of self. She showed me that women have the ability to stand alone and face their struggles. From protecting the identity of little Pearl’s father to becoming an angel of mercy, Hester is an image that reflects the true meaning of inner beauty. She is the one who reminded me that a solid character does not limit itself to any gender identity – all that one needs are honesty, compassion and self-reliance. 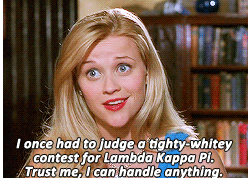 Even though at first glance, Reese Witherspoon’s character with her bright pink outfit, blonde hair and pet chihuahua does not scream feminism, Elle Woods is one of the greatest feminist characters from the early 2000s. When most romantic comedies used beauty and lack of intelligence as synonyms, Elle Woods proved that being feminine and being intelligent are two traits not exclusive of each other.

She has proven that a scented CV and a fixation with high heels is a personal choice of self-expression and has nothing to do with her capability of reading an erudite book about the nuances of law. In a world where people think that bright clothes and bright makeup comes off as less genuine, she was a breath of  freshair for she mirrored a strong sense of self. Not only did she not change her bright demeanour at Harvard even when she stood out like a sore thumb but also went on to win a murder case based on her solid intuition, perceptiveness and the ability to assess things independently.

Elle woods taught the 15-year-old me that my appearance does not define my intellect. She taught me that if pink clothes, blow-dried hair and high heels are the things that cause me to feel sure of myself then that is what my means of individualism should be. For outer appearances can be altered at the snap of a finger yet one’s thoughts and beliefs are what truly defines oneself.

5) Atticus Finch (To Kill A Mockingbird by Harper Lee) 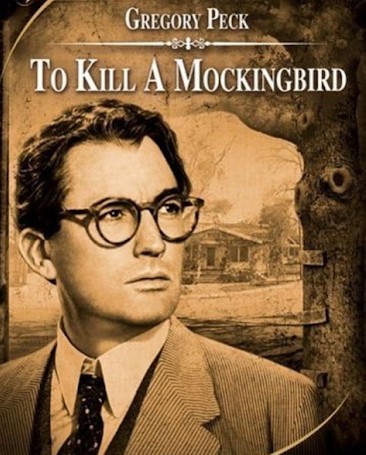 When I first read To Kill A Mockingbird in the 8th grade, Atticus Finch introduced me to the existence of the harsh realities of life such as racism, social inequality, etc. It wasn’t until recently did I understand the underlying feminist tone that his character portrayed through the story. He was my first reflection on what being masculine meant without being toxic. He helped me see past the expected aggression and instilled the idea of compassionate masculinity and courage.

He reflects my conviction of liberating men from the shackles of machismo and the men-don’t-cry philosophy as a significant aspect of empowerment and gender equality. He taught his children the importance of using their head instead of their fist thereby breaking the belief that brute strength establishes superiority. He shows empathy, compassion and an emotional quotient which is not often associated with men.

Atticus Finch strengthened my belief that men indeed have an extremely significant role to play in empowering women and establishing gender parity.  He was the one who taught me that empowerment should be universal – for all of us are a part of the toxic patriarchal system and it is essential that we help men nurture sensitivity, empathy and help them break free from the societal definition of ‘being a man’. 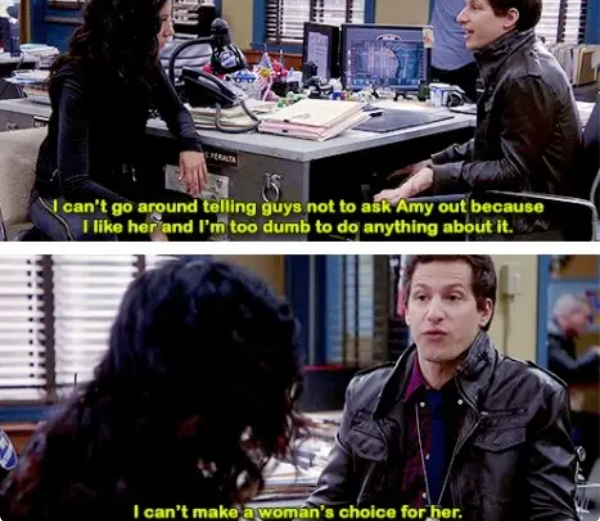 Yes, I am talking about the oh-so-dreamy, funny detective of the ninety-ninth precinct in Brooklyn. Jake Peralta is a Die-Hard fanatic, a child trapped in an adult’s body and a feminist. In our current reality where men are praised for contributing to family tasks, dealing with their kids and doing the chores that a woman thanklessly does every day, Jake Peralata is a graceful embodiment of feminism.

He is confident in his masculinity and has the courage to call out societal taboos like homophobia, transphobia, etc. Not only this, he is accepting and extremely appreciative of his partner Amy Santiago being smarter than him for he understands that gender does not go hand-in-hand with intellect. Be it helping Rosa Diaz in coming out to her folks or supporting Amy in her fight against workplace sexual harassment, Jake never belittles his women co-workers, rather he is always seen putting in efforts to comprehend their perspectives and experiences. Jake realises that supporting women is not a gender-based role – it is a pressing priority for all. 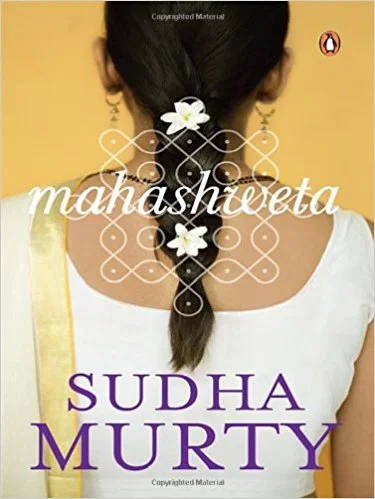 Sudha Murthy herself has been a great inspiration for women in Indian society. She is somebody who has broken through the glass ceiling at both her workplace as well as in society. She is the exemplification of culture and progressive reasoning.

Anupama in Mahashweta mirrors a comparative feeling of solid roots and certainty. Contrary to the belief of women being a burden on their families, Anupama enacts some historical dramas for her personal needs and from her savings she sends some money to her father and supports her family. Despite surrendering her career and unconditionally loving and supporting her husband, she is shunned for suffering from Leucoderma.

It is post this that we are introduced to the unforgiving real factors that a woman has to undergo without her husband. Here Anupama is driven away from her husband’s home and made to experience a lot of shame and ostracization. However, Anupama’s approach to this whole scenario is what is inspiring and noteworthy.

She gains enough nerve and courage to lead an individual life in a new place. She rebels against the outdated laws of society and moves forward in life with newfound self-confidence. She reflects the power of inner strength that women possess when she chooses to tread through the paths forbidden by society. This book is the perfect example of what modern feminism truly is – Anupama is the quintessential modern Indian woman who possesses the ability to be both bread-maker and breadwinner.

Srishti Nair
Srishti is an aspiring lawyer who loves voicing her opinion on every issue possible, especially those involving gender parity. When not sunk knee deep in law school work, you will find her obsessing over food blogs and copying dance moves off of Instagram. Srishti is a volunteer with Breakthrough.
Subscribe.
Receive a bi-monthly update on events, campaigns & other news that interests you.
Categories.
Contribute.Write for us, become a contributor to the Breakthrough blog.
Connect.