A Millennial Husband Who Wishes To Quit His Job To Take Care Of His Home.

I do realise that my ideas for a dream world are a bit unrealistic. I mean, how dare I expect men to quit their jobs to take care of their own children? I’m pretty sure we’ll figure out an alternative to brushing teeth before men take up responsibilities at home. Heck, we’ll even make butter chicken healthy before men become capable enough to raise their kids on their own.

But what is it with men, really? Why can’t they even fathom the idea of quitting their jobs to stay at home to take care of their own children? I understand situations where the man is the only earning member or he is the primary breadwinner. But what about modern day households where both men and women are at par when it comes to their jobs and the money they make? Why is it that even then it’s the woman who has to compromise more often than not?

I think men have a mental block and are not strong enough to take a decision like this. For them, it’s a shame to sit at home and not go out to work and earn money. Duniya kya bolegi? Nobody they know has ever done it and dare they be the first ones to make this bold move. In our world, no man willingly sits at home unless they’ve been fired or can’t seem to find a job.

Strangely enough though, they’re happy to do all this and more for their grandchildren. It’s, of course, once they’re old and retired and have nothing to do. I think it gives them a sense of pride that their offspring could give birth to another offspring. And that’s #42 in the list of random things that make Indians proud.

The point I’m trying to make is that it’s not like men and women are wired so differently that women are naturally great at raising kids and men just don’t have it in them. You should look at your own grandparents and see how both of them are doting and caring towards their grandchildren. So… men have it in them to do this. But they just don’t want to. At least during their younger days.

You know, it’s not just about raising kids. It’s about running a house. Can you imagine a fully capable, well educated, an urban city dwelling husband waking up early to prepare food every day? Or making tea for the elders, packing lunch for the working wife, cleaning the house, dealing with the domestic help, and numerous other tasks which mostly women take care of day in day out? It’s hard, right?

But men can do this. Men are fully capable of doing it. And they even do it sometimes. Like on a rare Sunday once in 3 months. And they’re celebrated for it. We can see everyone around them raving -“Oh you know my husband cooks!”, “Hamara raja beta kya khana banata hai.”, “Yay aaj papa ne breakfast in bed karaya!”.

If only men did this more often and were equal partners to their wives. The world would be a much happier place. It’s time we men really did some introspection and really started supporting our wives who juggle between managing the house, raising the kids, and being in a full time job. Will this change come any time soon? 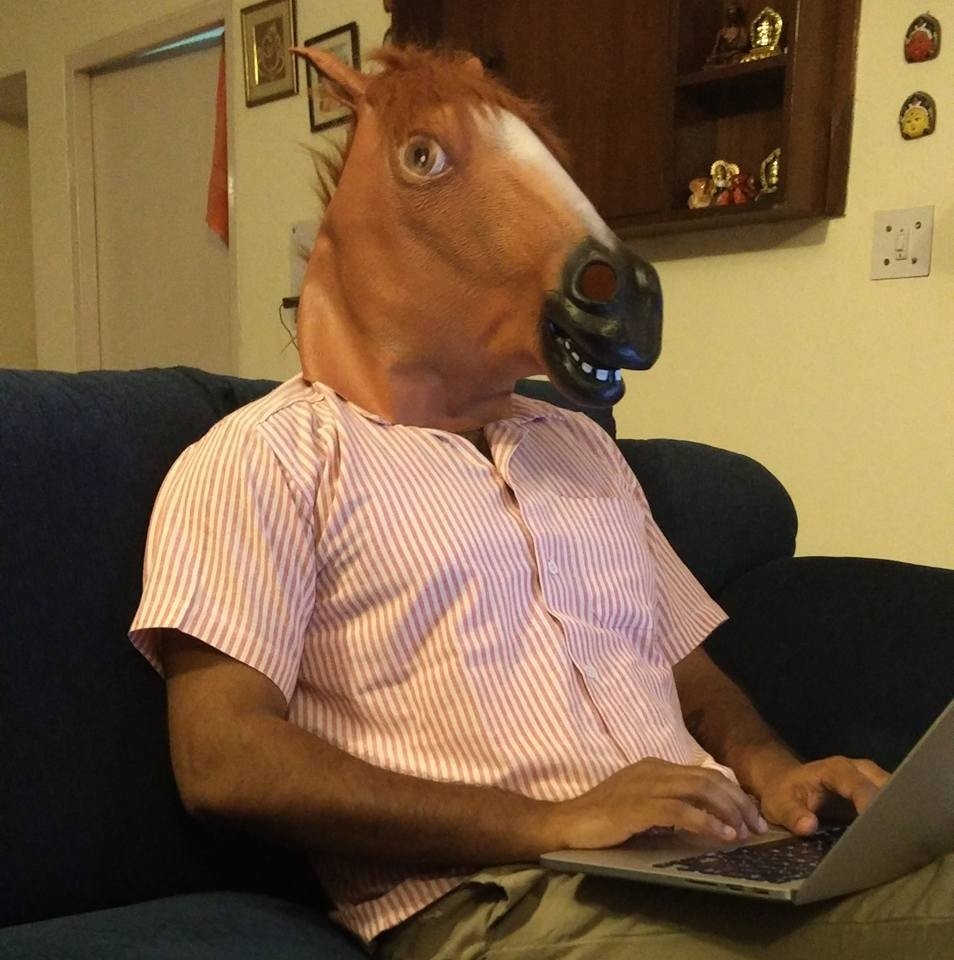 Rachit Varma
When he is not selling his agency’s digital marketing capabilities to brands, he puts on his horse mask and writes as Laughing Jawan at laughingjawan.blogspot.in
Subscribe.
Receive a bi-monthly update on events, campaigns & other news that interests you.
Categories.
Contribute.Write for us, become a contributor to the Breakthrough blog.
Connect.