When a child is born, swathed with innocence, unaware of the judgement by the society about the toys with which he/she would play – a robot or a doll, which color he/she would wear – a pink or a blue, a profession he/she would choose – a teacher or an Engineer. Apparently, the comparison is a fact which has been carried forward from ages. Is it only the people’s mindset which is responsible for such biases and the skewed ratio of girls and boys or the other factors that effect and distinguish the society on gender issues?

I love the color of the sky that is blue (and supposedly) for boys, promised my mom that I’d fly and she taught me to go high. As I was growing up, I discovered a love for driving. Then why did people in my early childhood gift me only stuffed toys? The irony of the nation was such that at one place it taught me that the wings of desires are not biased. The Indian women’s cricket team and the Indian navy are dressed in blue because the uniform is the symbol of courage, strength, and bravery. However, at another place the markings assigned for the women’s coach in Delhi Metro are pink, which is annoying. In an era where women’s presence is all around, we still reckon and segregate the genders and define colors for them. My thoughts probably sound hypothetical yet this is the today’s truth.

For my parents, I was a child — neither girl nor boy. I never realized a gender-based difference even though deep inside their hearts they were cognizant of the fact that one day the prejudice for girls in the society will be unveiled to me despite their efforts to inculcate the notion of equality. Once I heard a mother while she was praying to God. She said, if you are blessing us with a daughter please bless us with wealth as well because I can’t see my child’s life ruined. Please make us capable enough to fulfil her demands — not only until she gets employed and independent, but also for the rest of her life so that we can keep her in-laws satisfied too as her happiness and respect depends on it for her whole life. It drenched my heart and tore me apart when I began to feel the unseen clutches that are so unbearably tight, slowly unknowingly swallowing the roots of my strong beliefs. The clutches of conventionalism today shook and broke the perception of my thoughts, the heart that felt proud today felt ashamed and burdened. Daughters of educated parents who got married to educated men are today the victims of the domestic violence as well — the century might have changed but the mindsets of people have not.

The dowry system has continued from ages ago and it has only just changed its name from one to another. Parents now give these things as supposed gifts to their daughters. From childhood to adolescence and from adolescence to womanhood, the journey at each and every step of life is challenging. We are struggling because we don’t get treated as human beings and are suppressed by the present philosophy of our society. Isn’t it time that we hold back and make people understand that the threshold has arrived and it needs to end so that we can change the prevailing situation?

Before that happens, I — being a daughter — would want to take a pledge not to burden myself and my parents, to fight every evil, to break the wall of difference, to live as a human being with dignity and rise like a phoenix from the ashes of conventional pestilence. 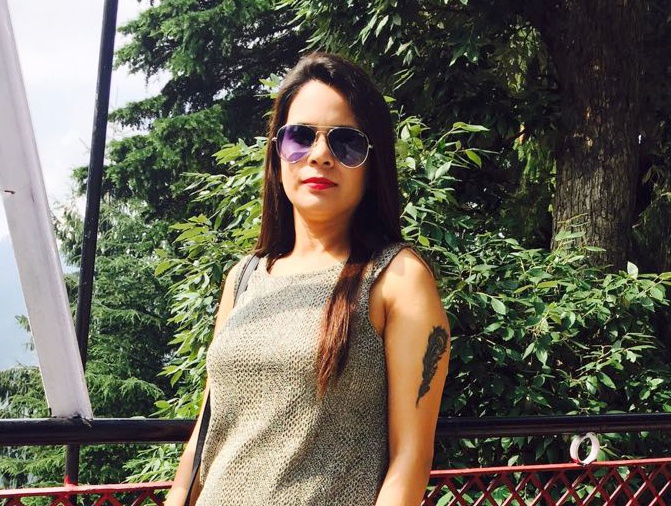 Kanika Gaba
I am a Delhi based girl. An English (Hons) Graduate and a Post Graduate in Mass Communication and Journalism, I am an aspiring writer and passionate about writing articles and reading books. A blogger and a freelancer with feminist thought and approach in life.
Subscribe.
Receive a bi-monthly update on events, campaigns & other news that interests you.
Categories.
Contribute.Write for us, become a contributor to the Breakthrough blog.
Connect.