Surviving The Pandemic: Same For Everyone?.

The pandemic COVID 19 in India has drastically altered the way in which people used to live, commute and work. While the current response for the survival of the Indian citizens is based on social distancing, upgrading health infrastructure and cure of the already infected – such efforts may not be enough to address the needs of those who are facing multiple deprivations- poverty, hunger, job loss, absence of health care, violence etc.

‘Survival’ means different things for different people – for the plethora of informal sector women workers it means surviving each day, possibility of earning the minimum wage required for decent living and moving on to the next day. Lokkhi, a 52 year old domestic help in one of the residential colonies of Noida was sent back from the main gate and informed by the security guards that she need not come for the next 3 weeks. This was sue to the lockdown for 21 days as a prevention against the COVID in India. Lokkhi earns around 12,000 per month, working for almost 10 staggered hours in 8 different homes. For her, ‘social distancing’ means losing her job, non-payment for the days in which she was not allowed to work and similar other implications. Also for people like her, living in high density settlements and urban slums, self isolation is impossible.

Like her, there are almost 61% women workers in Delhi, 87% in Kolkata, 85% in Mumbai amongst other cities who are part of the informal sector – care workers, cleaners, vendors, home-based workers etc who face similar challenges1. Precarious forms of employment characterised by a lack of a secured net of sustained livelihood, absence of a national social security system, absence of emergency cash assistance pushes many like Lokkhi to a very grim situation of living.

Work from home is a long continued practice amongst the women workers particularly those belonging to the informal sector working and supplying low end products to big industries and retail2. Home-based work accounts for a significant share of urban employment in some cities/countries: 3 per cent in Buenos Aires; 6 per cent in South Africa; and 18 percent in India (WIEGO 2016). Social distancing however, is a distant dream for Farida, who stays in a small jhuggi of Mumbai along with her husband, mother-in-law  and 2 children. She fetches water from a community tap, washes clothes in a shared space with 6-8 other women – community living, high density settlements slums, and dependence on shared resources ingrained in the Indian way of living are antithetical to the idea of social distancing – possible only for a certain section of the society.

Ravi – who also works as a newspaper seller in the morning and an amazon delivery boy for the rest of the day – says that either we will die because of the virus or hunger will anyways kill us and our families. Given that, different colonies of South Kolkata have stopped taking newspapers (fear of touch and spread), and with the lockdown putting a restrain on e-commerce, there are many like Ravi who will bear the brunt of this economic downturn and loss of livelihood.

What we can do as individuals to support workers whom we employ:

1These are informal women workers as percentages of total employment, Women as per data quoted from WIEGO 2016.

2Only those women workers who do paid work from their own home are referred to as home-based workers here.

3 thoughts on “Surviving The Pandemic: Same For Everyone?” 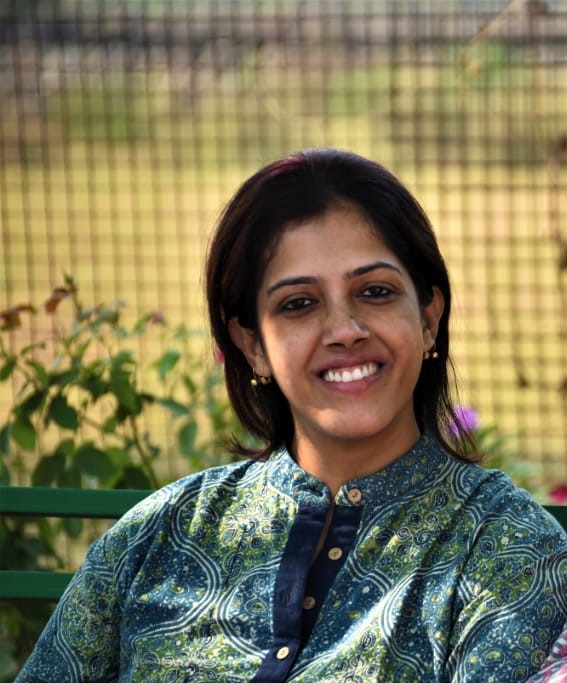 Pritha Chatterjee
An evolving feminist, advocate for social justice, avid reader, part-time Netflix-er, passionate baker and full time mommy! Currently working as part of the advocacy team in Breakthrough on issues of gender equality and violence against women.
Subscribe.
Receive a bi-monthly update on events, campaigns & other news that interests you.
Categories.
Contribute.Write for us, become a contributor to the Breakthrough blog.
Connect.