What Is Missing In Our Conversations About Sexual Violence?.

I was confused as to how to write this. Is it a report in the form of a feeble attempt at independent journalism or is it the aftermath of damage? This is the part of the story authors don’t write about, because follow-ups on real-life horrifying situations mean bringing back so much pain. You never know what you will unearth when the dried leaves on the floor have been raked. You don’t know what the soil can give birth to.

Why did I choose to write it? Because it is important to be a parole officer with some wounds. It’s important to address because we are all trying our hands at self-discovery and nothing seems to make us understand this life better than that. I am writing it because the countless men and women who have gone through these different experiences still want to talk about it. Some of them have stayed unheard, some closeted with what happened, and some still need to make sense of the situation. I am writing it because when you google ‘rape/molestation victims in India’, there are countless articles on why and how the crime was committed – but there are close to none on who circled back to these victims and survivors to hear what they want. I know, because I am one of them.

A lot of people interviewed here are from the privileged class. I think they know it too. To demographically frame it for you – they are all men and women between the ages of 21-40. All of them are educated, working men and women.  Most of them experienced sexual assault as young adults and teenagers. Most of them did not take any legal action against the perpetrator of said crime.

If considered biologically, we have our defence reflexes – our instinct system designed to right the wrong. If we are genetically wired to tribe loyalties, greed, revenge, denial and forgiveness, it means there are conflicting forces at play here. The battle between what leads to some amount of relief for the survivor – forgiveness or ruthless punishment – becomes a ground of contention.

Fortunately, we don’t live in a lawless land. However, the big book of those laws was also framed by men predominantly – who claimed to know better than the survivor/victim. They decided what was functional and productive as a punishment. Rape numbers, though acknowledging men as victims too, are largely dominated by women. As Article 375 of the Indian Penal Code states – rape is something only a man can do to a woman.

But like most justice systems in the world, they forget to ask – What about the person who lost?

I spoke to Dr Madhumita Pandey, who is a doctoral researcher in criminology at the Anglia Ruskin University. She has interviewed over 100 convicted sex offenders in Delhi to understand the endemic sexual violence against women in India. She says, “Most survivors that I have spoken to want an overhauling of the system – while they want the perpetrators to serve a long sentence, they also want society and societal systems to reflect on their practices. They want to hold everyone accountable for such acts – the helplines, police, criminal justice system and society as all these aspects add to their mistreatment and injustice. Needless to say, some are also furious and want the most extreme punishments but also understand that is not going to be the long term solution.”

Our criminal justice system is based on three broad questions: What law was broken? Who broke it? And what should the punishment be? But like most justice systems in the world, they forget to ask – What about the person who lost? As Rega wrote comprehensively in one of her weekly newsletters, “when we say justice, we mean revenge. The person most harmed is the person left bleeding.” They say “hurt people hurt people” and that the system is broken.

There is a strong line of defence on why the criminal did what he did (patriarchy, frustration, upbringing etc). Our society very easily places itself in the criminal’s shoes, but the attempts to do the same with the survivor/victim remains critical at best. Most of the women who reached out to me were strongly against the death penalty. It’s aggressive to the extent of being rendered ineffectual. Revenge is passionate and crimes are avenged (loosely inspired by Samuel Johnson’s thoughts, maybe.) But what punishment is really potent and constructive in a crime as heinous as this?

What is the way forward then? Is it Restorative Justice? The three large ideas under it being – Repair, Encounter and Transformation. It’s the mechanism that believes civilised societies need not follow the rules of the jungle. Harm need not be reciprocated with harm necessarily. It believes in the power of arbitration and communication to decide suitable punishments, mutually decided by both parties. This system of justice is entrusted to make the much-needed repair to people, relationships and communities. It is tough to imagine this system penetrating society immediately because the stigma is so entrenched. Ancient caste biases prevail, deals are struck, money is exchanged and that’s that.

In conversation with survivors

Astha doesn’t believe in aggressive remedies and that the death penalty for any crime is extreme. She recognises counselling and isolation of as somewhat effective remedies. On the other end of the spectrum, we have Sujata. She doesn’t believe we punish them enough or too hard. She raises a valid question here: “Why murders are rare but not rape? Because it is explicit what happens to murderers but rarely do people know what happens to rapists?” Is it a matter of case to case? Are blanket solutions not possible because conditions which happen differ, the survivor/victim differs, the capacity of mental health differs?

Our society very easily places itself in the criminal’s shoes, but the attempts to do the same with the survivor/victim remains critical at best.

Personally, (because no matter how hard you try to not make it about yourself, you’re part of the story), I have realised how dichotomous solutions are dangerous. A few years back, a younger me would have preferred the harshest physical treatment. A 30-year-old me hopes that he has registered his crime and reflects on the impact of his actions.

In the same newsletter, Rega writes, “Vengeance is evolutionarily useful because by harming someone back, we make it less likely that they’ll harm us again. It’s meant to protect us. To deter wrongdoing. Forgiveness is evolutionarily useful because we need lasting relationships in order to live and it’s inevitable that the people we have relationships with will occasionally harm us.”

A large number of unreported cases (whether out of shame, a shambolic criminal system, political pressures, etc) communicate forgiveness to these offenders. Is our silence on the matter emboldening this vulture-like behaviour? “Realistically speaking, that means only about 90 women each day report that they have been sexually violated” (Economic Times). According to government data, nearly four women are raped every hour in this country. Do the math.

Ankita’s offender is a father to a daughter. She fears for the safety of that young girl. Akshay is no longer impacted and he doesn’t dream badly anymore. But he fails to understand how the crime is justified whether by upbringing, regression or clothes. He needs the world to stop defining failures on external factors. Preferably, work in the direction of busting these sexual assault myths. He says and I quote, “He had the power to make me feel sorry for him. Me? The one who was bleeding between my thighs at that very moment felt sorry for HIM.”

Is our silence on the matter emboldening this vulture-like behaviour?

Over the last few decades, in matters of sexual crimes, there has been but slight improvement. The numbers haven’t been pleasant, but there is increased reporting. However, more reporting with no reduction in the crime itself has done one thing. It has strived to normalise the concept of it. ‘Normal’ in this context is considered harmless, nothing out of the ordinary and hence not alarming.

There is a strong difference between statistical normal and what people adapt to as normal. Patriarchy, caste-based crimes and now Covid – over long and short periods of time have been accepted as ‘normal’ within our ecosystem. More the occurrence and repetition of a phenomenon – the less it becomes worthy of outrage. Statistically speaking, specialists in 2012 ranked India as the worst place among G-20 countries to be a woman. As per an Economic Times blog, according to government data, nearly four women are raped every hour in this country.

What seems overwhelming in numbers, however, is so widely ignored in the country. When three men were convicted in 2014 for the gang rape of a journalist, a renowned Indian politician said: “Boys make mistakes. They should not hang for this. We will change the anti-rape laws.” The normalisation of rape began at the home turf. It began with us accepting it as another shameful part of this culture. It began when parents, along with the rest of society, thought that shutting up is always better than bad publicity. It began when criminals were paid off to leave towns and erring relatives were politely asked to give their house a skip for yearly visits. It was normalised when keeping a distance between the criminal and the survivor/victim was what our parents found to be the best option.

As far as the quantum of compensation is concerned, the courts order the same to be paid jointly by Legal Aid Authorities and the accused as a deterrent and punishment. Since most of the complainants are from the non-dominant strata of society, depending upon facts and financials of parties, anything between 30000 to 2 lakhs is ordered to be paid. POCSO as an act does take care of expenses (if any) of the survivor/victim and their family.

Satisfaction is subjective, the survivor/victims are unable to voice the same and this makes it a wasteful exercise since in the credible cases – it leaves an indelible mark and also has scope for financial misuse. Vis-a-vis the harshness, it is way too harsh since our criminal justice system assumes a man to be innocent till proven guilty but in POCSO, it is the other way round as there is a presumption of culpable mental state and it is assumed that the accused is guilty – contrary to the settled principles of innocent till proven guilty 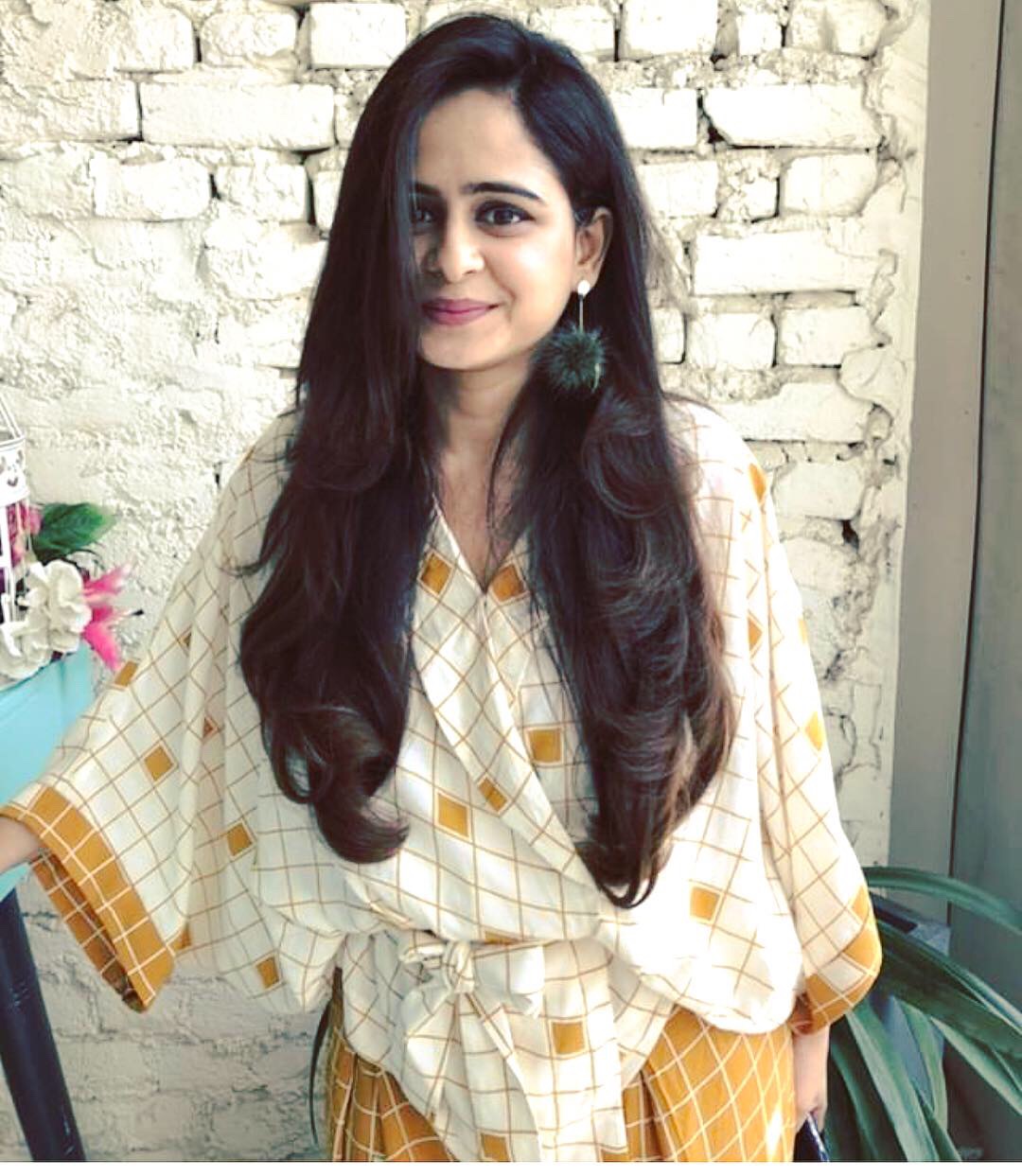 Kanika Bhatia (She/Her)
Kanika Bhatia works as a lifestyle, gender and political writer. She represents new and upcoming startups for their marketing and content strategy. Her expertise lies with product placements, collaboration, NBD and communication strategy. She also runs her own fashion label Anome Couture designed for women entrepreneurs on the run. She believes in the power of story-telling and runs a podcast and blog under #SheSaidIt.
Subscribe.
Receive a bi-monthly update on events, campaigns & other news that interests you.
Categories.
Contribute.Write for us, become a contributor to the Breakthrough blog.
Connect.