The Help Review: Never Underestimate The Power Of Narratives.

There is no trickier subject for a writer from the South than that of affection between a black and a white person in the unequal world of segregation. For the dishonesty upon which a society is founded makes every emotion suspect, makes it impossible to know whether what flowed between two people was honest feeling or pity or pragmatism.”

The Help by Kathryn Stockett is set in Jackson, Mississippi in the early 1960s. This was the time when racial segregation was at its peak in the town and so was the civil rights movement in the rest of the United States. African-Americans weren’t even entitled to first-generation rights. The book carefully touches upon some of the most excruciating episodes of racism, misogyny, hate crimes disguised as law and order situations, domestic violence and poverty.

The book is dedicated to black women who spent their lives working in white households with minimal dignity and salary. They looked after white children while their children were left unattended – only to see them grow into ignorant and racist white citizens, just like their parents. However, the book fairly underlined the complex relationship between the employer and the employees. The household workers were called to the weddings of the kids they raised but in their uniforms. They were there in every baptism photo but were the first ones to be suspected whenever silverware went missing.

The story was narrated by three women with very diverse backgrounds and struggles – Aibileen, a black woman who had a hidden knack for writing but couldn’t pursue it; Minny, a black woman who is unable to keep her job due to the offensive behaviour of her employers and her inability to tolerate it; Miss Skeeter, a young white woman who feels like a misfit and wants to be a writer. Skeeter decides to capture the tragic and humiliating anecdotes of ‘the help’ by interviewing them.

There was a very clear and diabolical distinction between the dominant white group and the black community. The black community was systematically excluded from opportunities to succeed and made to believe that they are not an end in themselves but just means for the white community to live prosperously and attain their goals. This is also the time when people from the black community did not have access to literature which they could relate to and find comfort in. The books published at that time were far from representing their way of life, struggles and stories.

There was a deeply-rooted belief that African-Americans could spread diseases.

Moreover, their libraries, just like other state-sponsored public spaces for them, were poorly funded and lacked resources. This is why Aibileen asked Miss Skeeter to get books like The Adventures Of Huckleberry Finn and To Kill A Mockingbird from the public library used by white people.

Hegemony was created by white people by persuading the black community to accept their literature, culture, moral values, beliefs and norms which led to the creation of a particular kind of common sense which facilitated the interest of the dominant class and had to be followed by others. Moreover, there was a deeply-rooted belief that African-Americans could spread diseases. The author has accurately captured that in the book as well.

Many products had centred their marketing strategies on this bogus belief. The advertisements used to urge white housewives to protect their families from such diseases. This false belief, like many others, legitimised racial segregation and was widely accepted by both communities.

The media was not just used as a powerful tool by white people to propagate their ideology and interest but it was also used to manufacture the consent of the black community and in an inexplicit and twisted manner – justified the oppression of the community. The newspaper never wrote anything on the high unemployment rates within the black community and their exploitation at work in almost every sector. It never mentioned the discriminatory nature of Jim Crow Laws and was far from expressing the day-to-day problems of the black community.

So, when Skeeter requests Aibileen to share her experiences. Aibileen’s first reaction is of apprehension, embarrassment and disbelief. She reluctantly agreed to help Skeeter. However, Skeeter soon realised it was foolish of her to think that Aibileen would suddenly be confident and comfortable to have a conversation with her as an equal just because she wasn’t in her uniform. This feeling of subordination was so deeply ingrained that those women considered themselves inferior to white women and believed that their sole purpose of existence was to look after white women and their families.

The media was not just used as a powerful tool by white people to propagate their ideology and interest but also used to manufacture the consent of the black community.

Gradually, the three women formed a profound bond and found the whole act very emancipating and meaningful. The thought of influencing other people’s lives and presenting their perspectives gave them utter joy. They even convinced other black women to participate by sharing their stories. Skeeter soon realised that these women had long accepted their fate and knew while growing up that they would end up working in white households just like their mothers and grandmothers who worked as house slaves. This was the very first time that black women working as domestic help in white households narrated their terrifying experiences.

The book created by black women and compiled by Skeeter was a perfect example of a small yet revolutionary step. It aimed at starting a dialogue that will hopefully lead to better working conditions for those women and respect for the black community in general.

Aibileen decided to keep the name of the book simple and Miss Skeeter happily accepted it. The book was called ‘The Help‘ and was published anonymously as there was a lot at stake. The three women wanted it to be more than just town gossip. They wanted to bring real change through the book and start a conversation by making white people feel uncomfortable about their oblivious and biased attitudes towards the black community.

However, it is important to know that Skeeter in The Help, just like Atticus in To Kill A Mockingbird, has been criticised for glorifying the white saviour archetype. These characters, through acts of courage, bring the issues of black characters to the fore. It is problematic to have Skeeter as the centre of the story. However, she transfers her voice to Aibileen by the end of the book. Aibileen gets a lifelong position to write the ‘Miss Myrna column’ in the Jackson Newspaper. It also indirectly allows the readers to imagine a world where white saviours are no longer needed to generate empathy for black characters. 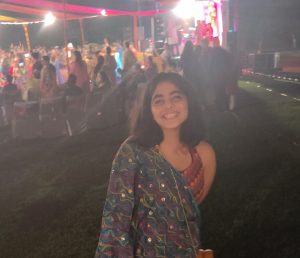 Navya Khanna
Navya is an undergraduate student of political science. She loves to talk about politics and movies. She tries to be a reader. She is a volunteer with Breakthrough.
Subscribe.
Receive a bi-monthly update on events, campaigns & other news that interests you.
Categories.
Contribute.Write for us, become a contributor to the Breakthrough blog.
Connect.